Teleport to add three A321 freighters

Teleport, the logistics arm of Malaysia-based Capital A, is to add three Airbus A321 freighters, as it looks to beef up capacity to key markets such as India and China.

The sister company to low-cost group AirAsia Aviation says the three freighters will be leased from BBAM, with the first example to be delivered in the first quarter of 2023. 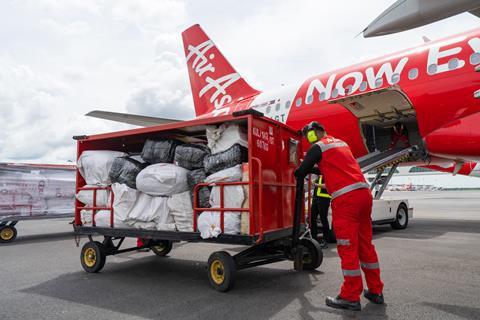 Teleport is the logistics arm of Capital A, and the sister unit to AirAsia Aviation.

While Teleport has not disclosed where the new aircraft will be deployed, it states that AirAsia will operate the freighters.

“These narrowbody freighters will greatly strengthen Teleport’s cargo network and address the diversifying market demand within Southeast Asia and the overall Asia-Pacific region,” says the company.

Teleport CEO Pete Chareonwongsak adds: “It is a timely and strategic move on our part to complement our exclusive AirAsia passenger belly planes with a freighter network to expand and reinforce our increased capacity for key markets like China and India into Asean. The combined fleet approach with multi-hub freighter and belly operations will give us a unique ‘many to many’ network advantage to serve our customers in this region.”

In November 2021, the company took delivery of its first dedicated cargo aircraft – a Boeing 737-800 freighter operated by Thai cargo operator K-Mile Asia – after both parties inked a multi-year agreement.

At the time, Teleport hinted at converting some of AirAsia Aviation’s massive A321neo orderbook – at over 360 examples – into “dedicated operations”, but stopped short of elaborating.