Ten years ago, the US Air Force was charging full speed towards the procurement of 141 Boeing HH-47s to replace the Sikorsky HH-60G Pave Hawk for the personnel recovery mission. That combat search-and-rescue (CSAR-X) Chinook derivative would have entered service with 10 combat-coded examples in 2012. But fast-forward to today and the air force has zero Chinooks and 97 battle-worn, analogue-cockpit Pave Hawks that entered service in 1982 under the Reagan administration.

If there's one project that exemplifies the predictably unpredictable nature of US military procurement, it's the air force's many attempts to replace the Pave Hawk – an aircraft that has been instrumental in the rescue and recovery of thousands of Americans trapped in war zones or the aftermath of natural disasters.

Now, instead of buying husky Boeing Chinooks, the air force has backed Sikorsky's alternative and will replace the Pave Hawk with a long-range, armed UH-60M derivative, designated HH-60W. Though 85% common with the US Army-operated M-model, the need for the "Whiskey" to fly into extremely hostile combat environments has driven significant design changes.

Indeed, the final product – including an in-flight refuelling probe, armaments and missile warning and countermeasure systems – is different enough to warrant a 75-month development and certification effort and separate assembly line. Once assembled, the HH-60W will be more akin to the multi-mission MH-60M flown by the army's special operations aviators known as the "Night Stalkers" – except it will be powered by regular 2,000shp GE Aviation T700-701D engines.

Digital rendering of the Sikorsky HH-60W 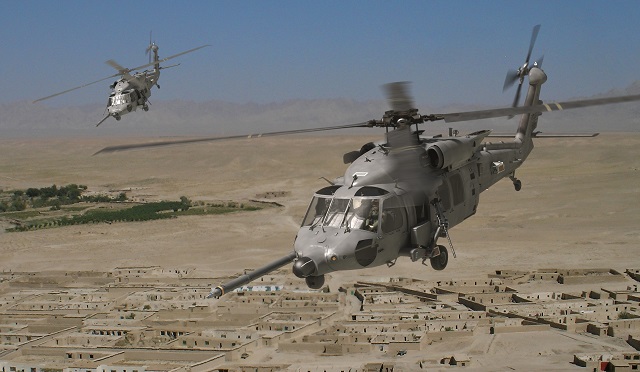 Sikorsky received the contract, worth up to $7.9 billion, in June 2014. It must deliver 112 HH-60W examples, with first flight expected by 2019. The first combat and training squadrons must be in place with four aircraft each to support initial operational capability in 2021, and the Pave Hawk is to be gradually phased out by 2029, its 47th anniversary.

Sikorsky has completed an exhaustive requirements review with the US government this year and is now heading into a preliminary design review (PDR) that checks off each of those requirements in the aircraft design.

"Every requirement must line up with a part of the design to make sure the design covers every single requirement that you've got" whether that's speed, range, refuelling, networking, defensive systems or some other capability, says air force CRH programme manager David Schairbaum. "We"ll do the same thing for the training systems PDR, currently scheduled in November of 2016."

Sikorsky has received funding for the first four developmental test aircraft of the programme, known as engineering and manufacturing development (EMD) aircraft. Once the preliminary design is cleared by the government in April, funding will be unlocked for five more "system demonstration test articles" that will support operational testing and evaluation and form the core of the initial combat and training squadrons.

"We have the activities of all nine aircraft planned through to RAA [required assets available] and they're all busy," says Sikorsky CRH programme director Tim Healy, adding that eight mission-capable aircraft are required for RAA. "Our intent is to deliver the first nine in a production configuration. They’ll become fully-functional, compliant members of the fleet once testing wraps up."

Which of the two main Sikorsky H-60 production lines will complete the main assembly remains a mystery, even to the programme chiefs. That company-level decision is expected later this year or in early 2017.

Black Hawks are fabricated on lines in Stratford, Connecticut and West Palm Beach, Florida. Lockheed normally outfits the airframes at its plant in Owego, New York prior to delivery. 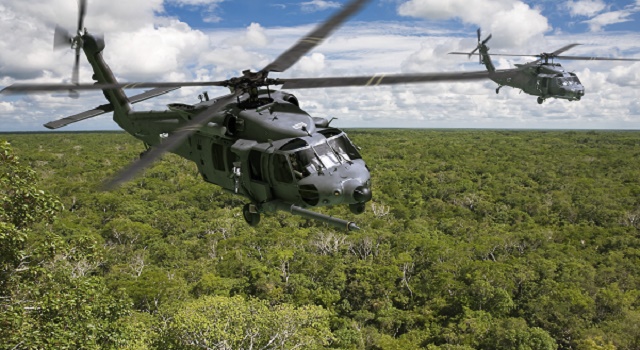 Once up and running, HH-60W production could peak at 14 aircraft per year between 2021 and 2029. Twenty-seven aircraft will be constructed prior to the start of full-rate production, including the nine for system development and demonstration and two low-rate initial production lots, which will furnish eight and 10 aircraft respectively.

"These aircraft are going to roll off the line as HH-60Ws," says Healy. "We're not going to produce UH-60Ms and then put them back into a modification process. The primary reason for doing that is efficiency."

The 75-month development process is lengthy, considering the air force is procuring a derivative of a tried-and-true, in-service Black Hawk helicopter. There are incentives in Sikorsky's contract to shave six months off that timeline, which the company is actively working to achieve. Though first flight is planned for 2019, it wouldn't be surprising to see that milestone shift left into 2018 if development proceeds smoothly.

Sikorsky thinks it can save time at the front end of the programme by speeding up the paperwork processes and completing government reviews faster. Then it will be a matter of avoiding costly delays in aircraft and training system production and testing.

Most of the dynamic components, including the rotors, blades and drivetrain are common to the army model, making this a low-risk endeavour, says Sikorsky.

"We still need to go through a deliberate development process, even though they're low-risk, of changing the fuel system in H-60M to HH-60W," Healy says. "It's not a high-risk endeavour, but it takes an amount of time to do it correctly and get it documented, tested and fielded to the level that the US military demands and required for safety and effectiveness."

Schairbaum says that although first flight should pass without incident given the maturity of the airframe, he'll still "pop a bottle of Champagne" on the day.

"We are treating it with all the importance and all the seriousness that a first flight entails," adds Healy. "It'll be a big day for the HH-60W but I do consider it low risk."

Compared with the 1980s Pave Hawk, the UH-60M stands out because of its all-digital flight deck and avionics systems. The aircraft also has improved flight performance, handling qualities and reliability. Whiskey-model modifications include the new refuelling probe, datalinks, radios, electronic countermeasures, greater chaff and flare capacity, side-mounted machine guns, mission data displays in the cockpit and cabin and, of course, pararescue litters, ropes and harnesses. 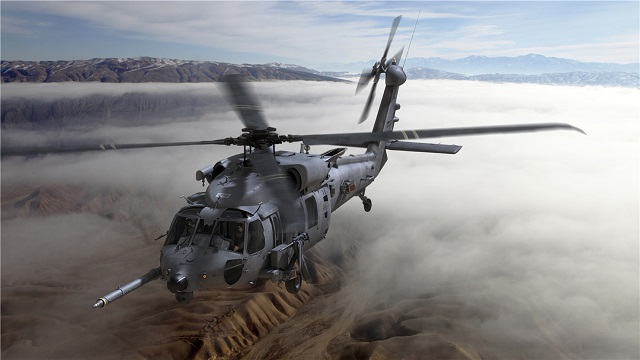 GE Aviation supplies the T700 engines. However, Schairbaum leaves open the possibility of incorporating more powerful and fuel-efficient powerplants that are being developed under the army’s improved turbine engine programme (ITEP), namely the GE3000 and HPW3000.

"We're constantly working with the army to monitor progress on the ITEP engine," he says. "Once they get that engine to the point it’s ready to go on an aircraft, we'll work with Air Combat Command (ACC) and determine the right time to put that engine into our aircraft. If we're still in production and it makes sense, I could see where we’d maybe roll it into production aircraft."

The aircraft will also include side-mounted GAU-21 .50-caliber machine guns, recently tested at Edwards AFB in California for introduction on the Pave Hawk. HH-60W also has provisions for new flight-control technology being developed by the US Air Force Research Laboratory for landing in degraded visual environments (DEVs), like brownouts, whiteouts and heavy rain. 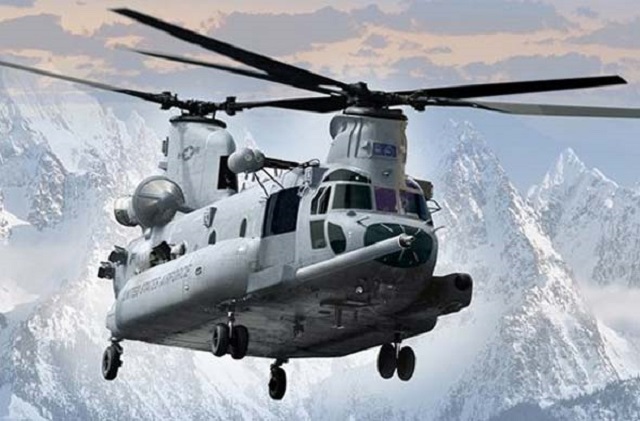 A Pave Hawk replacement can’t come soon enough for the air force, which has made the Combat rescue helicopter programme one of its top acquisition priorities. The story of how it took more than 10 years and one failed HH-47 proposal to get to this point could make a book, and still the final product remains to be seen. The air force is also grappling with a separate, long-running attempt to replace the UH-1N Huey.

On average, the 25-year-old Pave Hawk costs $26,500 per flight hour to operate, and has a mission-capable rate of 77% – numbers that would be greatly improved in a modern combat helicopter.

"They're doing everything they can to achieve the necessary aircraft availability rate, to meet that combat capability that's required," says Schairbaum. "They're conducting the necessary sustainment modifications as needed. Obviously, obsolescence issues may arise, so we need to make sure that fleet stays viable until we get the HH-60W fielded."