Since its founding less than 18 months ago, Textron Aviation has been quite busy. First, there was the critical task of blending two historically competitive organisations – Cessna and Beechcraft – into a unitary corporate system. Cessna also needed to concentrate on completing certification programmes of several upgraded and new aircraft in its Citation jet family.

For the pistons business, on the other hand, the focus through the transition appeared to be on maintaining the status quo. A 2012 teaser by the now-defunct Hawker Beechcraft showing four new aircraft concepts on the drawing boards, including three new small turboprops and one piston-powered aircraft, has received no promotion by the new management. A diesel-powered version of the Cessna 182 is now months behind schedule, with no public timetable for delivering the new aircraft.

Despite the slow pace of progress on product development, there are signs entering this year’s EAA AirVenture fly-in in Oshkosh that the next and final step in the integration of Textron Aviation plan has already started, and it is focusing on working out the pistons business.

In April, Textron Aviation appointed the first leader of the combined Cessna and Beech portfolio of piston-powered aircraft – Doug May.

Though well aware of the market dynamics in play, May is clearly happy to have the job. 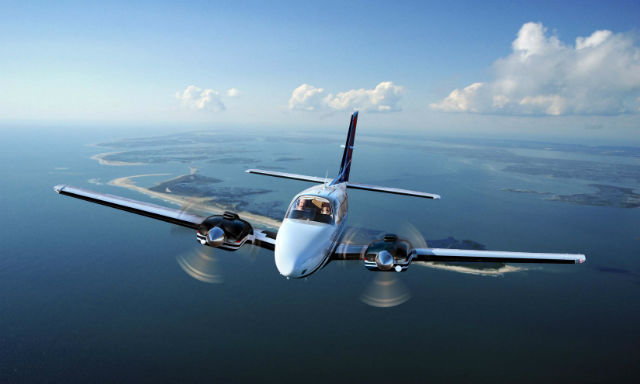 “I think, from an OEM perspective, Textron Aviation is optimistic about what the future looks like,” he says.

Noting that the piston segment is filled with “people who are passionate about aviation”, May says that suits his background as well: “Ever since I could walk and talk and think, I wanted to be in aviation.”

As May’s appointment was announced in early April, Textron Aviation also moved to address one of the key issues facing the general aviation community: fewer new pilots entering the system to replace those who are leaving or retiring from flying.

The Aircraft Owners and Pilots Association (AOPA) has estimated that the number of registered pilots in the USA has declined by 25% since 1980, falling from 827,000 to about 610,000. That reduction occurred mainly in the first 15 years after 1980, however: as AOPA counted about 622,000 active pilots in 1996. Although the number of pilots in the system appears to have stabilised over the past 20 years, the numbers of new aircraft deliveries to the general aviation market has continued a long nose-dive since peaking above 14,000 in 1980 to less than 700 a year today.

Shortly after May’s appointment, Textron Aviation announced launching the “Top Hawk” programme. The company will provide access to a Cessna to each of four US universities with pilot training programmes: Embry-Riddle Aeronautical University, Kansas State University, Liberty University and the University of North Dakota. A student from each school also will work as an intern for Textron Aviation during the summer, teaching ground school classes while building flight hours. The four interns will then compete for a Top Hawk award given to the best pilot in the group.

At the same time, May is realistic that such programmes alone are not a sufficient answer to fundamental dynamics driving the declining number of pilots and new aircraft deliveries.

“The industry as a whole is going to have to address that going forward,” May says. “There’s obviously demand and that demand is not going to go away.”

What is going away is the regulatory regime that has governed aircraft design and manufacturing for the general aviation community for decades. The US Federal Aviation Administration plans to release a notice of proposed rulemaking to rewrite Part 23 of the federal aviation regulations, covering all aircraft weighing up to 8,618kg (19,000lb) and carrying up to 19 passengers. 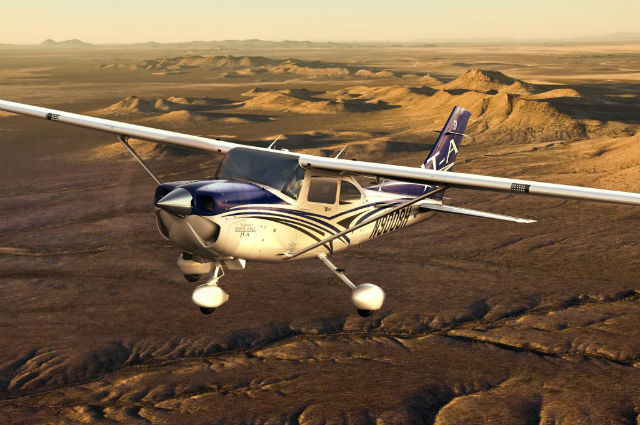 Part 23 currently applies regulations on piston-powered aircraft in the same prescriptive manner used for much larger and more expensive transport-category aircraft. For decades, this method seemed acceptable, because technology available to the general aviation community was relatively simple and straightforward to certificate. As computer processing power has miniaturised, however, the cost of following the FAA’s highly prescriptive certification rules has slowed or blocked some innovations from migrating to the general aviation community, as well as reduced the introduction of new designs to a trickle.

By adopting performance-based rules with the forthcoming Part 23 rewrite, the FAA has promised to “double safety at half the cost”. Whether the rewrite lives up to its slogan is still too early to tell. The FAA has not yet released any details, besides pledging to release the proposed rulemaking by the end of this year. A final rule is not expected to take effect until 2017, which is two years after a “deadline” set by Congress in 2012.

The timing of the rulemaking does not appear to be having a direct effect on Textron Aviation’s product development plans for the general aviation sector.

“I think the thing I would offer is that, more than most, Textron Aviation is well-positioned to leverage [the Part 23 rewrite] because we’ve already got a process in place,” says May, noting a track record of having introduced 35 new or upgraded products over the past decade.

“I think one of the things that Textron Aviation is always doing is evaluating where we’re at and where we want to go and where we’re investing,” he says. “It’s a process that has gone on for 80-plus years. We’ll continue to look at how to meet our customers’ needs.”

One of those needs is a diesel engine. The standard avgas relied upon by general aviation for generations is in short supply in many places in the world, especially Europe and Africa. It is also becoming increasingly expensive, justifying a broad transition to diesel fuel.

Cessna has already received certification by the European Aviation Safety Agency for a diesel-powered version of the 172 Skyhawk. But the company has been slower to complete certification of a diesel-powered 182 Skylane dubbed the JT-A. Though originally scheduled to be certificated in late 2013, Textron Aviation now declines to provide a timetable to reach that milestone. But the company remains committed to the programme, May says.

“We’ve got a team actively work towards certification on 182,” May says. “Textron Aviation is committed to taking as long as it might be to take that technology to our product line.”