As transatlantic capacity flies towards a new peak, the market’s newest arrival has unveiled plans to bolster its operations across the pond.

Low-cost carrier Norwegian is to start services from bases in Copenhagen and London Gatwick to Orlando in the spring of 2015.

Since launching services between Oslo and New York JFK in May 2013, the low-cost carrier has added four more US destinations and a bevy of new routes from Bergen, Copenhagen, London Gatwick, Oslo and Stockholm. 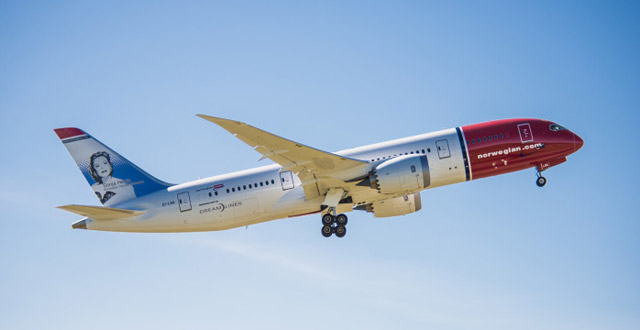 Norwegian, which introduced long-range Boeing 787s last year, also serves Fort Lauderdale, Los Angeles, Oakland and Orlando. Both new routes will be operated once weekly, while additional frequencies are being added on some existing transatlantic routes.

Flightglobal’s insight report Transatlantic Tailwinds examines the dynamics of the transatlantic market. The report has been produced Flightglobal’s Ascend consultancy arm – and powered by data from the Ascend Fleets database and our flight schedules specialist Innovata – to coincide with World Routes in Chicago.

The report highlights how Norwegian effectively stands alone in a market where industry consolidation has resulted in the alignment of every major carrier across the Atlantic in an alliance or joint venture. The Scandinavian airline is the new, and virtually only, ­unaligned carrier growing across the Atlantic.

Our analysis examines how the market is hitting this new high, alongside themes of airline consolidation, the emergence of new aircraft types and the expansion of Gulf carriers. Innovata data shows that capacity across the Atlantic is at an all-time peak of nearly 83.4 million seats, surpassing the previous peak of nearly 81.1 million in 2008. However, the new seats only make up for those lost during the ups and downs of the noughties.