ANALYSIS: Will Qatar come for IndiGo?

India’s aviation industry was abuzz last week after media reports said that the country’s largest low-cost carrier IndiGo was in talks to sell a stake to Qatar Airways.

This begin with Qatar announcing that the only Indian carrier it is in talks with is IndiGo, explicitly ruling out rumours of plans to acquire a stake in SpiceJet.

IndiGo, which is in the midst of getting listed, however followed with a statement, dismissing reports that the Gulf carrier is looking at buying into the airline. Calling the reports "completely baseless", it clarified that it was only in preliminary discussions with Qatar is to explore "potential marketing arrangements".

Analysts say such open flirtation between the two carriers could result in them getting intimate, although chances are this will only happen after IndiGo completes its initial public offering.

IndiGo is an attractive option for Qatar, given its consistent performance in recent years when other Indian carriers have struggled.

In its latest financial results for the year ended 31 March 2014, IndiGo recorded a profit after tax of Rs4.73 billion with revenue at Rs114.3 billion. In the previous year, the carrier's profit after tax and revenue came in at Rs7.83 billion and Rs94.4 billion, respectively.

He adds that Qatar could also be on a "shopping spree" after its successful acquisition of a 10% take in British Airways parent IAG earlier this year. Unlike its Gulf rival Etihad Airways, Qatar is also likely to be "more conservative" with its investment, and any acquisition will likely start small in order to "test waters", Hui says.

Qatar's chief executive Akbar Al Baker previously told Flightglobal that the airline would be interested in taking a minority stake in a successful carrier, if it gets the opportunity. "We will not take any stake in a carrier that needs somebody to rescue it," he added.

Rajiv Chih, director of aerospace and defence at PricewaterhouseCoopers says IndiGo's priority is however with getting listed, which will also drive up the value of the airline.

“At present, the IPO is of foremost importance to IndiGo and would value [it] at $4 billion, six-and-a-half times the market value of its nearest competitor Jet Airways, and 18 times that of SpiceJet,” he elaborates. His is of the view however that Qatar will aim to take a 49% stake in Indigo, since it will want to have a significant say in the airline.

This corroborates with a recent media report quoting Al Baker saying: "We don't go and just do 5%. We would always take a bigger share."

The analysts add that a partnership with IndiGo will also further expand Qatar’s reach into the Indian market, since it does not have a codeshare partner in the region.

FlightMaps Analytics shows that Qatar flies to 12 cities in the subcontinent from Doha. IndiGo however does not operate services to Qatar’s Doha base, but rather to Dubai and Muscat from 11 cities in India. 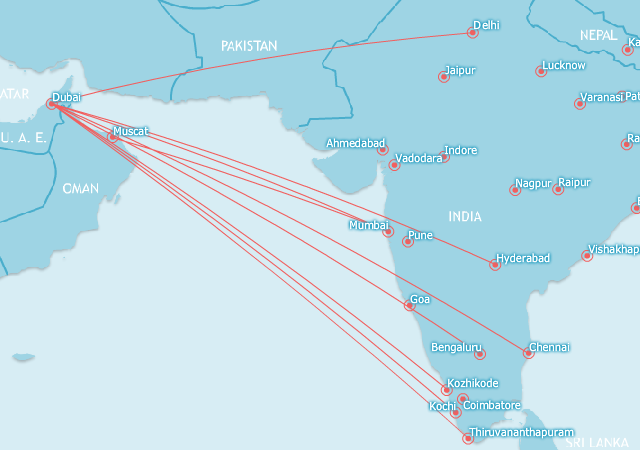 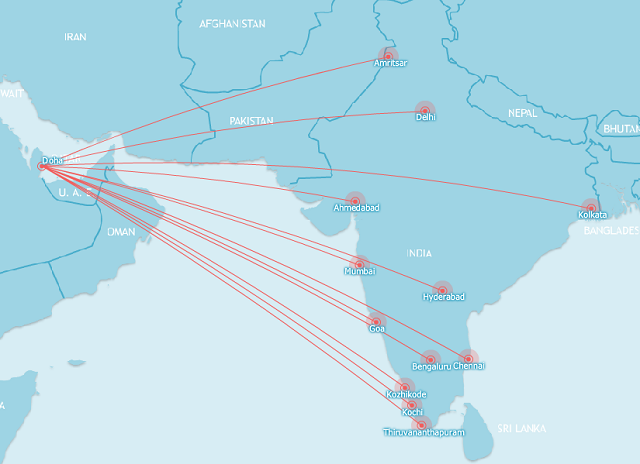 Chih believes such a partnership would likely benefit Qatar more, as it could make Doha “the gateway to the West” by leveraging on IndiGo’s passengers originating from India’s Tier 2 cities.

Hui however warns of a potential stumbling block in what could possibly be a successful partnership: “It will be difficult to work with connectivity between these two airlines, as one is a premium carrier and one is a budget carrier.”