General Atomics Aeronautical Systems' recent first transatlantic flight with an MQ-9B Sky Guardian unmanned air vehicle provided an early glimpse of a future key capability for the UK Royal Air Force, with its Protector derivative also representing a major opportunity for electronic warfare system supplier Leonardo to get on board. 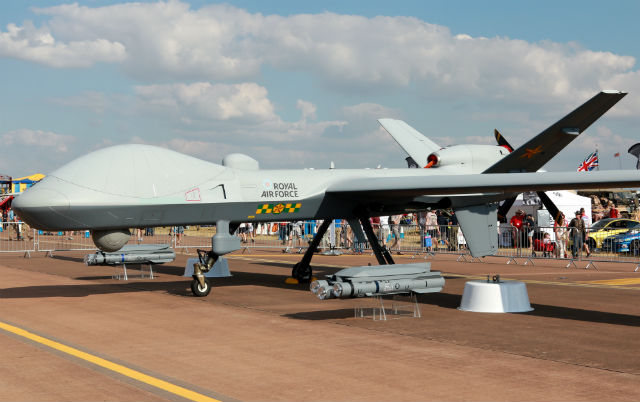 The jointly company-funded initiative will integrate the European company's equipment, which has previously been supplied for use on an Airbus Defence & Space CN235 maritime patrol aircraft operated by the Indonesian air force, as well as on the Brazilian and South Korean navies' Leonardo Helicopters Super Lynx and AW159 rotorcraft.

"Integration work has already begun and the MQ-9B featuring Sage will be available to order as soon as 2019," the companies say. Also suitable for use by the maritime surveillance-optimised Sea Guardian, it will be added without the need to use an external pod, with fuselage-mounted sensors and direction-finding arrays on its vertical tail fins.

Flight testing is expected to commence around the end of 2019, with certification likely to take in the region of six months to complete.

Ahead of the teaming announcement, Flight International was invited to attend a flight demonstration of the Sage system conducted by Leonardo using a Piper Navajo testbed aircraft from Sywell aerodrome in Northamptonshire. 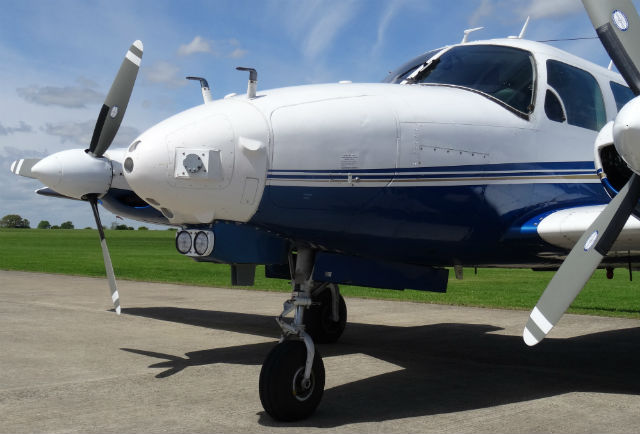 The package installed on the general aviation aircraft had a total system weight of around 16kg (35lb), including two sensors each at the front and rear, plus high-accuracy direction finder interferometers mounted on its wing tips. 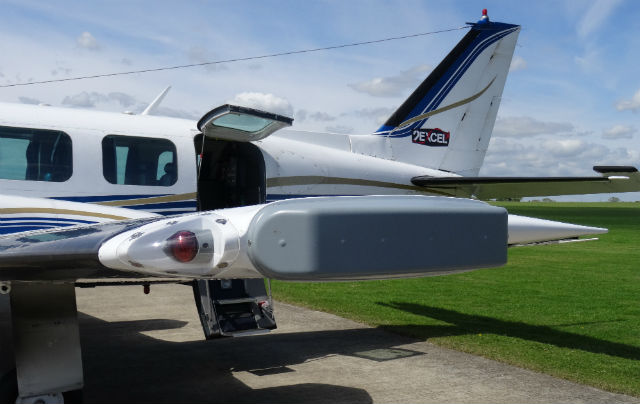 During a 40min demonstration conducted at altitudes of up to 7,500ft, Leonardo demonstrated the equipment's capabilities. A digital system with 360˚ radar warning receiver coverage, Sage provides a passive means of detecting, identifying and geo-locating ground-based emitters such as fire-control radars, supporting situational awareness and warning of emerging risk to aircraft.

"Pop-up threats can appear anywhere," notes Leonardo systems engineer Fiona Clark, part of the capability team tasked with conducting the trials. She describes Sage's ability to precisely geolocate threats – including low probability of intercept radars – using a single platform as "one of the key descriminators" of the company's technology, noting that most of its rivals remain restricted to searching only.

General Atomics is also confident of attracting buyers for the Sky Guardian addition. "Almost all customers have specified that they would like an ESM solution," notes Rob Walker, the company's senior director, strategic development.

In addition to offering Sage as an option for Sky Guardian and Sea Guardian customers, and potentially also the RAF's Protector fleet, Leonardo sees strong potential to integrate more of its equipment onto the MALE type.

General Atomics is also investing internal research and development funds to trial the integration of Ultra Electronics-supplied sonobuoys with the MQ-9B, as a pod-housed option for the Sea Guardian.