Rescuers have found the flight data recorder (FDR) from the Henan Airlines Embraer 190 that crashed in north-eastern China last night.

The FDR was recovered this morning from the crash site, says Chinese state media. It is not clear if the aircraft's cockpit voice recorder has been found.

Officials from Henan were not able to provide more details when contacted.

The aircraft crashed at Yichun Airport in Heilongjiang province after it overshot the runway while landing. It was operating a flight from Harbin. Of the 96 people on board, 42 died.

Embraer says it has dispatched a team of specialists to the crash site to assist the Chinese authorities with the incident investigation.

Henan operates a fleet of five Embraer 190s and was formerly known as Kunpeng Airlines. It is wholly owned by China's Shenzhen Airlines. 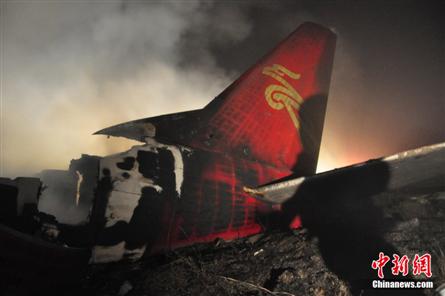