Bristow Helicopters has performed the first commercial flight with the new AgustaWestland AW189 super-medium helicopter from its UK, Norwich base.

Taking place on Monday 21 July, Bristow used the 8.3t rotorcraft to transport eight passengers for customer GDF Suez E&P from its facility in the east of the UK to the Cygnus field in the southern North Sea.

The helicopter (G-OENA) is the first of two of the type to be stationed at the Norwich site, and will perform the 240nm (444km) return flight once daily. The frequency could be raised to three times per day as the new field develops, says Bristow. 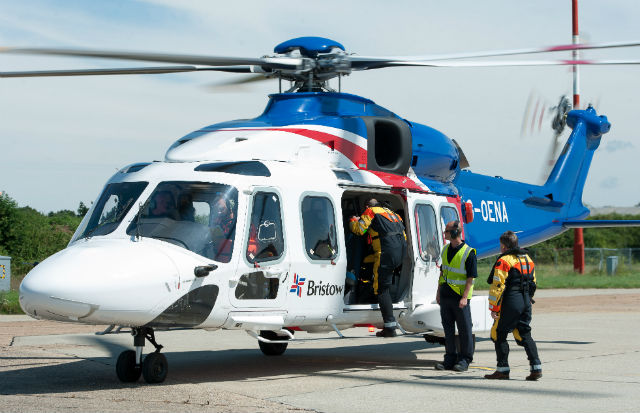 Bristow has a further four of the General Electric CT7-powered AW189s on order for oil and gas missions, configured in a 16-passenger layout.

Mike Imlach, managing director, Bristow Helicopters says it is “excited to be the launch customer” for the helicopter, which received EASA certification earlier this year.

Bristow will also use a fleet of 11 AW189s to perform search and rescue missions in the UK when it takes over the contract from the nation’s armed forces from 2015.