A Bombardier Global 7000 flight-test aircraft made an emergency landing on 15 August when the right GE Passport engine experienced an in-flight flameout, according to an incident report issued by the Transportation Safety Board of Canada.

The ultra-long-range business jet – the second flight-test article with the registration C-GBLB – was flying at 41,000ft when the incident occurred at 17:38 local time,156nm (290km) from the Bombardier flight-test centre at Wichita airport, Kansas. 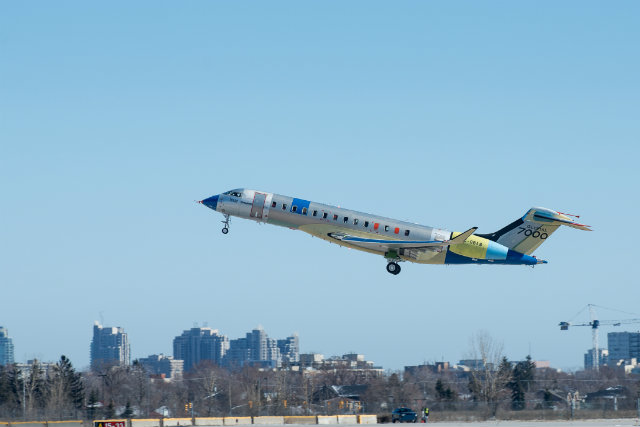 The TSB says the flameout was preceded by “high vibration and high inter-turbine temperature readings”. The flightcrew declared an emergency and carried out a single engine landing in Wichita, without further event, it says.

Bombardier is now reviewing the data “and troubleshooting the cause of the problem”, says the TSB.

The three aircraft in the Global 7000 flight-test fleet have flown more than 500h, and Bombardier is now ramping up production of the $73 million business jet in preparation for its entry into service in mid-2018.