The BAC-Aérospatiale Concorde beat Lara Croft and the red telephone box in a UK poll to find the country's favourite design icon of the 20th and 21st Century.

The announcment of the Anglo-French Concorde as winner was made yesterday at the UK's Museum of Flight outside Edinburgh on board one of British Airways' retired Concordes (G-B0AA), which has been housed at the museum since 2004.

More than 200,000 votes were cast in the poll, in which Concorde narrowly pipped the Spitfire and the London Underground Map from the top three downselect.

Jonathan Glancey, design editor of the UK daily newspaper The Guardian, says: "Concorde was more than just the most glamorous passenger aircraft ever built, Concorde was a sky goddess. Concorde owes everything to the world of engineers in white coats and little steel-framed glasses and aerodynamicists following the laws of nature." 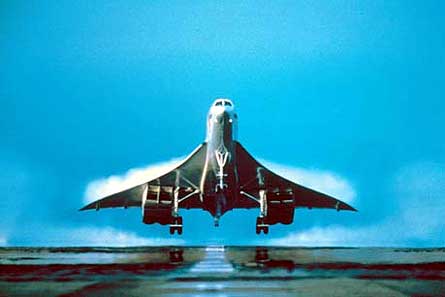 The official entry goes on: "Concorde’s sleek triangular wings enabled it to fly at exceptionally high speed, but required it to take off and land at such steep angles that its needle-shaped nose had to be tilted so the pilots could see the runway."

The Museum of Flight's Concorde exhibition has also been shortlisted for the Gulbenkian Prize for the UK's best museums and galleries.

Kieran Daly disagrees with the result. Read his blog.