The airline commenced services just two years ago, having emerged as one of several start-ups in the wake of flag-carrier Cyprus Airways’ collapse in 2015.

But Cobalt states that it is “cancelling all flights” from shortly before midnight on 17 October. It says this is the result of “indefinite suspension” of its operations. 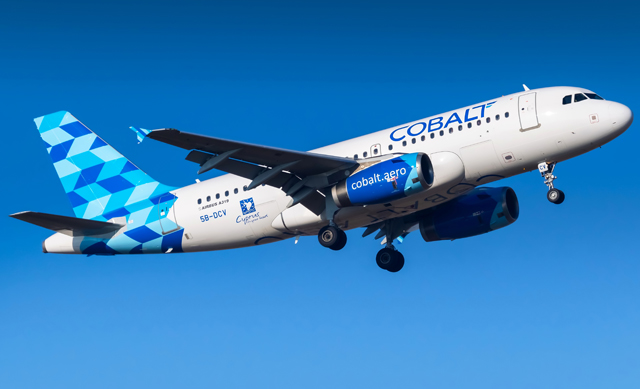 “As a result, future flights or services provided by Cobalt will be cancelled and will no longer operate,” it adds.

No Cobalt flights and none of the airline’s personnel will be present at Larnaca airport, its base, from 18 October.

Cobalt had been funded partly by Chinese investors. The airline operated a small fleet of Airbus A320-family jets.