The first aircraft – a Legacy 450 – has started moving down the production line and Embraer expects to deliver the super-light business jet to its US owner in December.

The campus, next to Melbourne International airport, complements the Brazilian airframer’s production line at its São José dos Campos headquarters.

Major structural components for the business jets, such as fuselage, wings and empennage, are also built at the Brazilian base and at Embraer’s facility in Évora, Portugal. 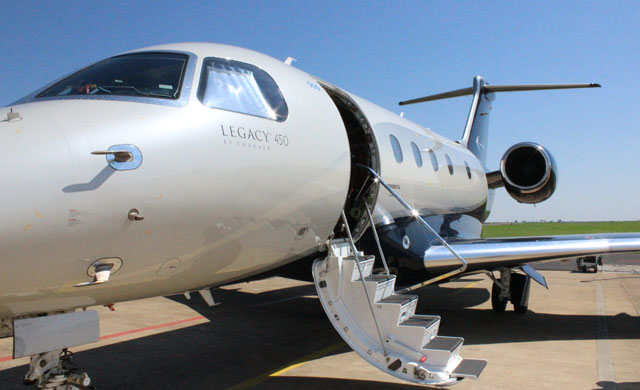 The Legacy 500 and 450 entered service in late 2013 and 2014, respectively, and more than 30 of the fly-by-wire twinjets are in service, according to Flightglobal’s Fleets Analyzer database.

Embraer says it is assembling its 50th midsize Legacy 500. “The wing and fuselage junction has been completed and the empennage fixed,” says the company. “It is now moving to final assembly where technicians install all systems, digital fly-by-wire control and avionics. The interior will be completed in the coming weeks and delivery of this milestone aircraft is expected in the third quarter of 2016."

The Melbourne facility began operations in February 2011, housing production of the entry-level Phenom 100, with the larger Phenom 300 added in August 2012. To date, more than 170 Phenom jets have been produced at the site, mainly for the US market, says Embraer.

“In the the third quarter, all Phenom final assembly will be performed in Melbourne, as we need more space in São José dos Campos to produce the E2 commercial jet," the company says. “The E2 programme is moving faster than we imagined and many parts of the aircraft will be manufactured in-house."

However it has no plans to transfer production of the Legacy 600/650 or E-Jet-derived Lineage 1000E from Brazil to Melbourne.

Embraer is no longer producing the Legacy 650 in China due to poor sales of the large-cabin jet in the country. The last aircraft rolled off the Harbin production line in March and the company is disbanding its 13-year joint venture with AVIC.