EasyJet and Rolls-Royce are partnering on hydrogen combustion technology in a project that will see the UK budget carrier “directly invest” in the newly named H2ZERO test programme.

Rolls-Royce on 18 July unveiled its plans for hydrogen combustion trials that will later this year see the engine manufacturer run its AE 2100 turboprop on liquid hydrogen fuel. 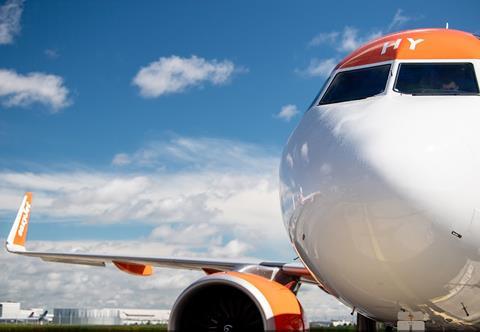 Subsequently, ground runs of a hydrogen-burning Pearl 15 business jet engine will take place with the firm still considering whether it will take the powerplant to flight test. However, the pair say they have a ”shared ambition to take the technology into the air”.

EasyJet will contribute its operational knowledge and experience to the H2ZERO effort and will also directly invest in the test programme, the partners say.

The agreement announced today follows a research project that both companies began in 2021, developing market analysis, driving specifications, investigating infrastructure and regulatory requirements to support the use of hydrogen in aviation.