Eurofighter’s push to make fresh sales of the Typhoon combat aircraft has received a major boost, following its receipt of four-nation backing to complete integration and test activities involving a new-generation radar.

With an active electronically scanned array (AESA) sensor typically being requested in modern fighter competitions, the availability of the Euroradar- developed Captor-E could be a key factor in Eurofighter hitting its target of extending production beyond late this decade.

Officials from partner nations Germany, Italy, Spain and the UK were at the show on 15 July to underscore their commitment to the Captor-E, which Eurofighter chief executive Alberto Gutierrez says represents a soon-to-be-finalised pact to complete development activities.

The UK Ministry of Defence is leading the way, announcing at the show that it has awarded Eurofighter partner company BAE Systems a £72 million ($124 million) contract to conduct national-specific testing on a prototype AESA system. This is derived from the four-nation Radar 1+ sensor being shown here for the first time on test aircraft IPA5. 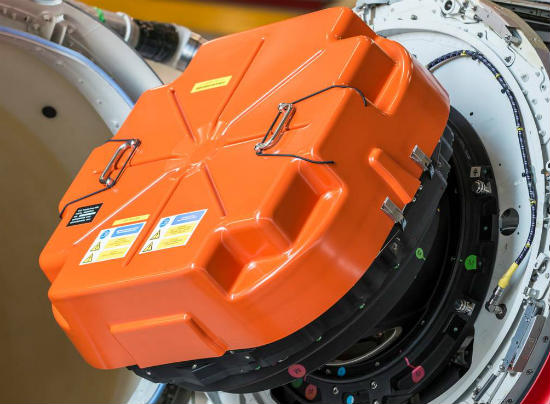 The three-year extended assessment phase contract with BAE will involve ground and flight tests to be conducted from its Warton site in Lancashire. The work “will inform the UK’s procurement process, ahead of the award of a full scale development contract,” the company says.

Noting that activities to support the AESA development have been under way since 2006, Euroradar consortium chairman Andrew Cowdery says: “The Captor-E is at the forefront of technology, and features a unique repositioner.”

An operational standard version of the Radar 1+ system – which is to enter flight testing with IPA5 immediately after the show – could be available to the Eurofighter partner nations within the next two or three years.

“This capability will be inserted into the existing [Tranche 2] fleet and Tranche 3A aircraft,” says Gutierrez, who adds: “It puts us in a very strong position with regard to existing and future opportunities.” The new AESA sensor will meet the operational requirements of the four partner nation and export customers out to 2040, Eurofighter says.