US President Donald Trump nominated Barbara Barrett, former chairman of Aerospace Corporation, to be the next Secretary of the Air Force.

If confirmed by the US Senate, Barrett would replace Air Force Secretary Heather Wilson whose last day in the role is 31 May. In March, Wilson announced her plan to resign and become the president of the University of Texas at El Paso. 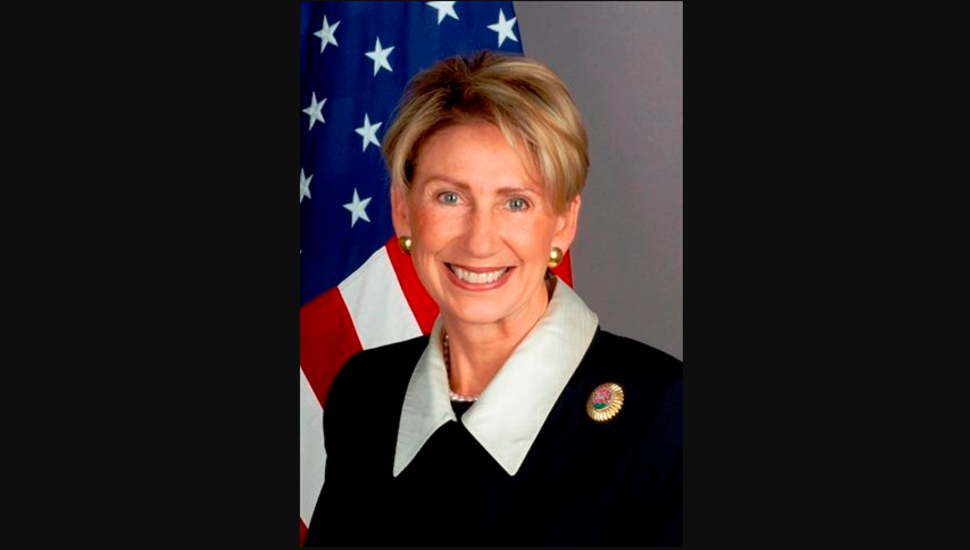 Barbara Barrett as Ambassador to Finland

“I am pleased to announce my nomination of Barbara Barrett of Arizona, and former Chairman of the Aerospace Corporation, to be the next Secretary of the Air Force,” he wrote on 21 May. “She will be an outstanding Secretary!”

A secretary with a background in space technologies could help President Trump’s attempt to create a separate Space Force military branch. Such an organisation would peel away many of the satellite, rocket launch and command and control responsibilities from the USAF, and would require extensive coordination with the air service.

Barrett also served as the US ambassador to Finland under President George W. Bush between 2008 and 2009.