Detailed by the US Department of Defense in a 24 July contract notice, the award covers conversion activities to be conducted at Alsalam's Riyadh facilities by August 2020, along with programme management and labour costs. 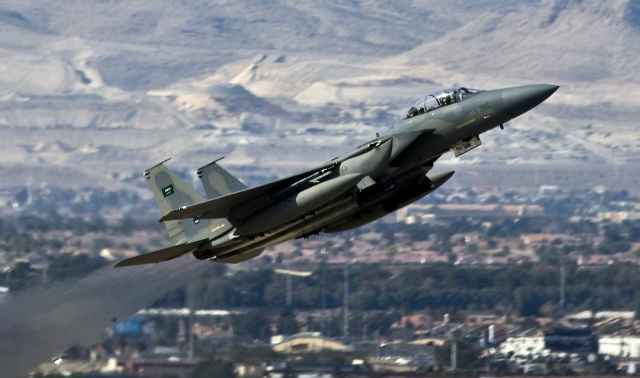 Alsalam is already a component supplier to its part-owner Boeing on the new-build F-15SA, manufacturing and assembling wings, forward fuselages, pylons and adapters.

Boeing rolled out Riyadh's first F-15SA in April 2013, describing the update as offering "improved performance and increased survivability at a lower life-cycle cost" than previous models of the twin-engined type. A total of 84 new aircraft are being produced, while 68 others will undergo modernisation.

Flight Fleets Analyzer shows Saudi Arabia as currently operating 191 F-15s, with this total including 67 S-model examples, aged between 18 and 22 years, and 44 in the SA configuration, including three upgraded examples.