The Kawasaki C-2 transport aircraft made its first public appearance in Australia after a flight from Japan via the Philippines.

The twin-engined aircraft appeared in the static park near the Airbus Defence & Space A400m, to which it is the most similar in size. 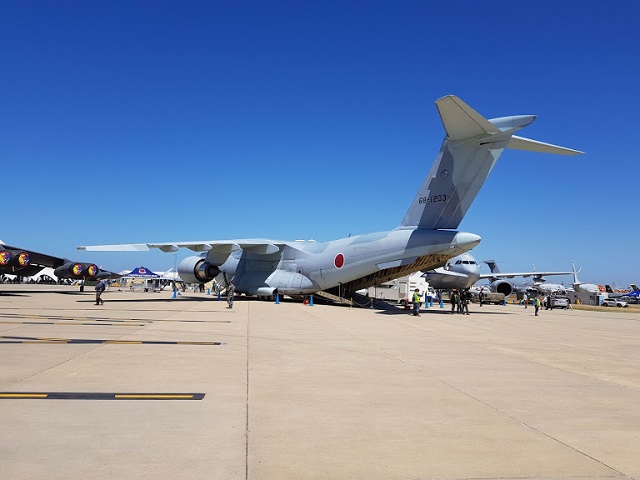 The aircraft was one of the rarer large aircraft at the show, with only eight in service with the Japan Air Self Defense Force. The JASDF has a budget for five additional examples, and the total fleet is expected to grow to 20 examples.

That does not include the electronic warfare variant, now undergoing testing, says a representative of Japan’s Acquisition, Technology & Logistics Agency (ATLA), which developed the aircraft. 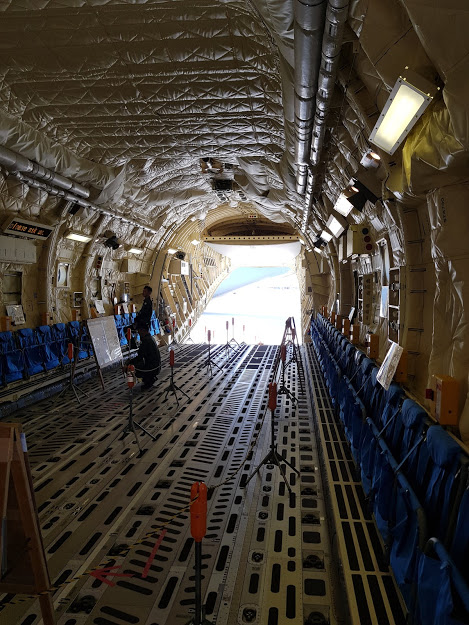 The purpose of the type’s visit to air shows, he says, is not to promote exports, but to demonstrate Japan’s advanced technology to the world.

The C-2 has unique features for a military transport, including a cargo compartment that is even higher than that of the Boeing C-17. In addition, it has two lavatories, and shares a number of common elements with the P-1 maritime patrol aircraft, such as the large windscreen, which affords excellent views from the cockpit.