The US military’s fleet of Lockheed Martin F-35 Lightning II and F-22 Raptor stealth fighters will fail to meet a 80% mission capability rate by September 2019 as directed by US Department of Defense (DoD).

Former Secretary of Defense James Mattis ordered the USAF and US Navy (USN) in September 2018 to increase mission capable rates for the F-35, F-22, F-16 and Boeing F/A-18 to more than 80% by the end of September 2019. The mission capability rate is defined as the percentage of a fleet of an aircraft that are able to perform at least one assigned mission over a period of time. 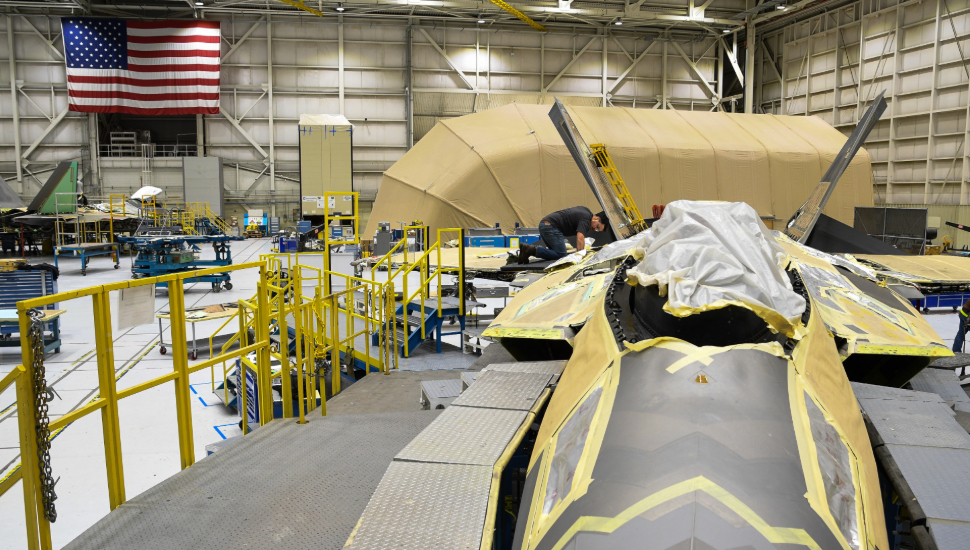 Mark Esper, who is nominated be secretary of defense, wrote in prepared testimony for the US Senate Armed Services Committee’s confirmation hearing that the USAF’s leading combat aircraft are not expected to meet the 80% mission capability rate.

“The F-22 fleet is still challenged by the lack of low-observable maintenance capacity, exacerbated by the extreme damage at Tyndall Air Force Base from the effects of Hurricane Michael,” he says. “Although F-22 mission-capable rates are improving, the fleet is not expected to achieve the 80% goal this year. Improving mission capable rates for both fleets required additional funding investment for this fiscal year.”

The F-35, which has also struggled with operating costs, also will not meet the required mission capability rate, says Esper.

“Transparency (canopy) supply shortages continue to be the main obstacle to achieving this,” he says. “We are seeking additional sources to fix unserviceable canopies.”

Lockheed Martin had previously told FlightGlobal that canopies were one of the stealth aircraft’s trouble areas, resulting in higher operating costs. GKN Aerospace is the manufacturer of the F-35 canopy.

Lockheed Martin’s other combat aircraft, the F-16 Fighting Falcon, is expected to exceed the 80% mission capability rate goal. That is the result of the USAF increasing its parts supply and adding maintenance shifts.

The USN is also on track to meet the 80% mission capability rate goal for the Boeing F/A-18E/F Super Hornet and EA-18G Growler by September 2019. Esper says to meet the DoD goal the USN reformed its periodic inspection processes, added extra maintenance personnel, improved the process for component production, and bettered supply chain data collection and circulation, among other initiatives.