"Marshall is key to the conversion and delivery of the new fleet, and this contract will ensure it is fully prepared to begin the modification process in Cambridge early in 2021," the company says. "The subsequent programme of work is being discussed between the companies," it adds. 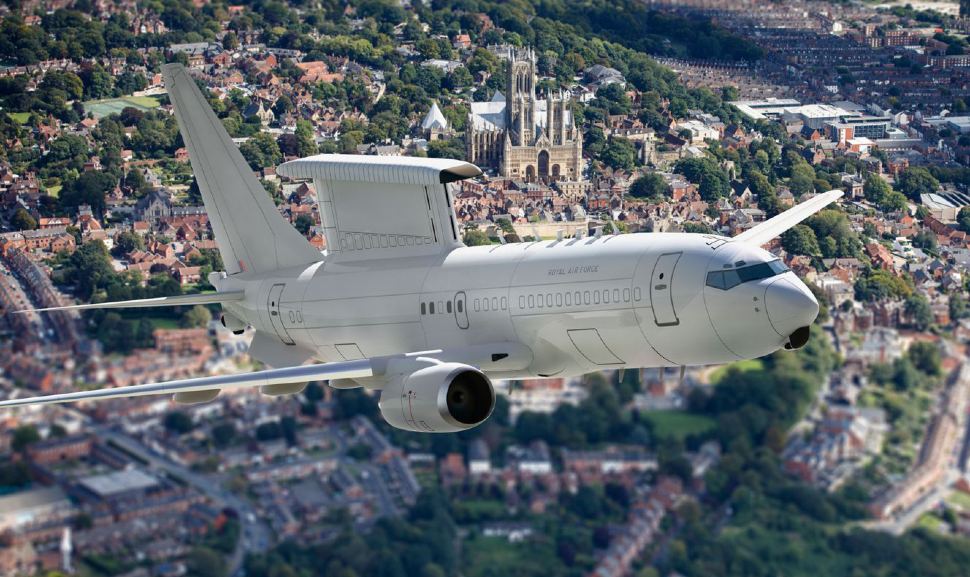 The UK signed a £1.5 billion ($1.9 billion) contract in March 2019 to replace the RAF's Boeing 707-based E-3D Sentry airborne warning and control system aircraft with the E-7 – a type in operational use with the air forces of Australia, South Korea and Turkey. It identified Marshall as responsible for in-country modification work, to include the installation of Northrop Grumman's Mesa active electronically scanned array radar, onboard operator stations and a suite of communications equipment.

Subsequent to its contract announcement, the UK Ministry of Defence (MoD) revealed that two of the future E-7 platforms will be adapted from second-hand commercial airframes, with the remainder to be new examples produced at Boeing's Renton site in Seattle, Washington, in 2021-2022.

The MoD has indicated that modification work on each aircraft will take around 24 months to complete and the entire activity is due to be completed in 2026.

"Along with our unrivalled expertise in complex integration projects, it is a clear demonstration of our ability to develop and deliver world-leading applied engineering services," says Marshall Aerospace and Defence Group chief executive Alistair McPhee.

Boeing Defence UK managing director Anna Keeling notes: "The E-7 programme will provide the RAF with a combat-proven capability that is both low risk and best capability in the world."

Cirium's Fleets Analyzer shows that the Royal Australian Air Force is the largest operator of the E-7, with six Wedgetails in use. South Korea and Turkey each have received four examples of the CFM International CFM56-powered type.