MRO firm Rheinland Air Service is highlighting its special mission aircraft business, exhibiting an ATR 72-500 that it has adapted for the requirements of the Pakistan Navy.

The aircraft on static (MSN 712) is the second RAS 72 MPA to be delivered to Pakistan. Cirium’s Fleets Analyzer shows that it was operated by Canary Islands carrier Binter Canarias from 2004 to 2013. While the interior is modified with operator stations and the sonobuoy system, it still retains the overhead racks from its airliner days. 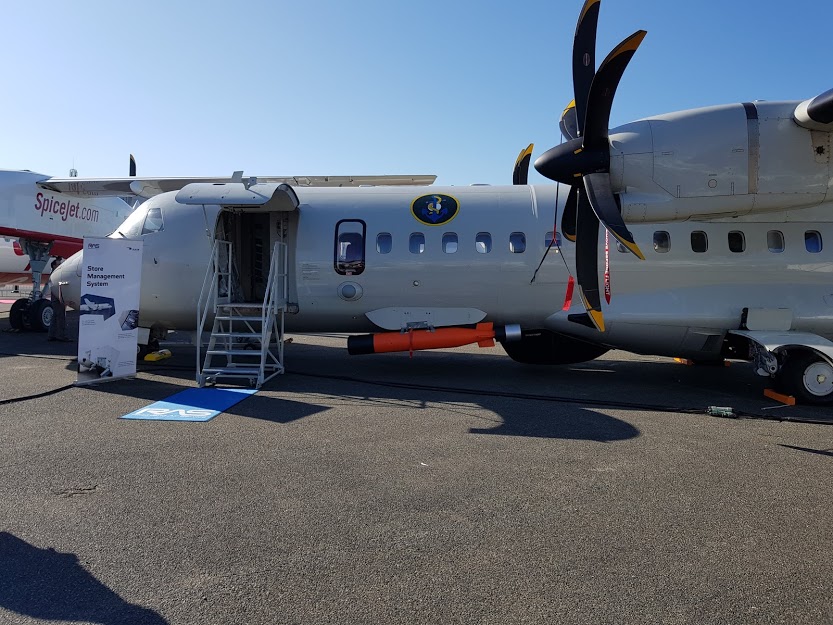 Nikolaos Mavrikis, director of the RAS special aircraft division, says the aircraft illustrates the company’s range of capabilities, adding that RAS is platform and equipment agnostic.