Saab's Gripen E flight-test programme made a significant advance on 26 November, when a second aircraft joined the activity.

Flown from the Swedish manufacturer's Linkoping site, test aircraft 39-9 completed a 33min debut sortie, more than 17 months after its first example had taken to the air, in June 2017.

Describing the new asset's debut – which included validating its flight characteristics and checking flight control system software – as "smooth", Saab experimental test pilot Robin Nordlander says: "I am looking forward to getting it back in the air again and soon putting the new systems to the test." 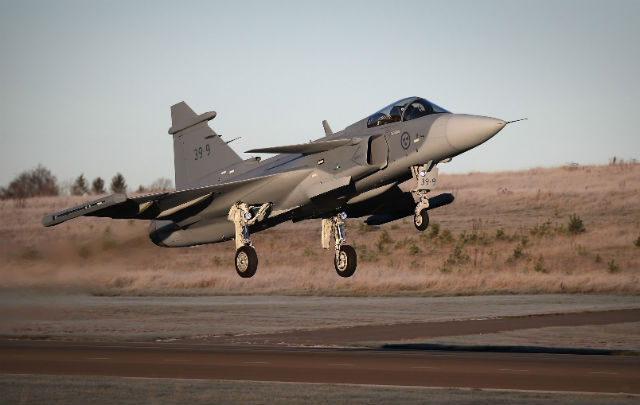 "This new aircraft allows us to expand the trial activities as we test more functionality with on-board systems," says Saab aeronautics head Jonas Hjelm. "With two aircraft now flying, we are increasing the overall pace of testing.

Saab says aircraft 39-9 will next be involved in testing of the Gripen E's tactical systems and sensors.

The air forces of Sweden and Brazil have ordered a combined 96 of the new-generation type, with deliveries to both customers set to start in the second half of 2019.