The UK Royal Air Force (RAF) is on track to restore its lapsed maritime patrol aircraft capability within the next nine months, according to Air Commodore Rich Barrow, senior responsible owner for the service’s Boeing P-8 and E-7 acquisitions.

Speaking at the Royal International Air Tattoo on 19 July, one week after the RAF’s first P-8A Poseidon airframe had made its flight debut, Barrow said: “From 1 April next year we are going to have UK maritime patrol capability operating from UK soil for the first time in a number of years.” 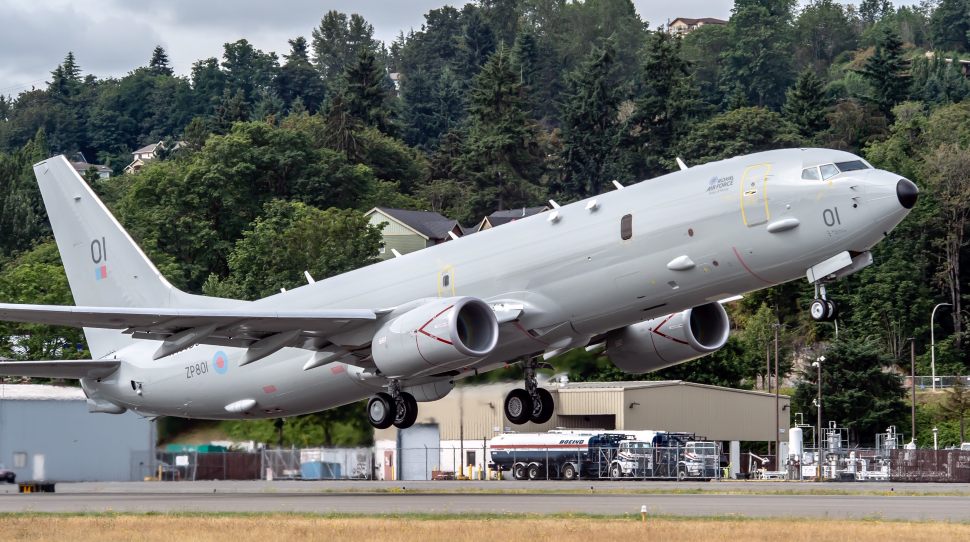 The UK’s first two P-8A Poseidon MRA1 crews have already completed training at the US Navy’s (USN’s) NAS Jacksonville site in Florida, while other members of its personnel have retained maritime patrol experience via Project Seedcorn placements with the USN and other nations over the past decade.

The UK’s first aircraft is now having its mission system equipment installed at Boeing’s Tukwila site in Washington, having been transferred from the manufacturer’s nearby Renton final assembly facility. After supporting initial training at Jacksonville from later this year, the asset will be flown to RAF Kinloss early in 2020, ahead of being moved to its home base at RAF Lossiemouth, following the completion of runway resurfacing work.

“When we get those aircraft we are going to be using them as soon as we possibly can,” Barrow says. Missions will include providing protection for the Royal Navy’s continuous at-sea deterrent force of Vanguard-class nuclear attack submarines.

The RAF has lacked a dedicated maritime patrol aircraft capability since 2010, when the last of its BAE Systems Nimrod MR2s were retired.

Meanwhile, the service is also making early preparations for its future use of the E-7 Wedgetail airborne early warning and control system aircraft from RAF Waddington in Lincolnshire. Its 8 Sqn will transition onto the 737-based type from the Boeing E-3D Sentry, with initial operational capability planned for the second half of 2023.

Describing the five-aircraft deal – confirmed earlier this year – as a “really pacey programme”, Barrow notes: “We couldn’t hang around – it’s not a capability gap you can afford to take.”

Barrow says the UK’s plan is to “stay in lock-step” with lead Wedgetail operator the Royal Australian Air Force with regard to future updates to the E-7 system. “It’s a lot smarter if we work together with them and effectively co-fund stuff going forward,” he says.