Less than 15 months after unveiling its long-term air combat strategy and next-generation Tempest concept, the UK has added a second international partner to the latter activity, with Italy signing a statement of intent to work on the project.

The international armament directors of the UK and Italy signed an agreement at the DSEI exhibition in London on 10 September, followed by a similar pact the next day between their defence industries. 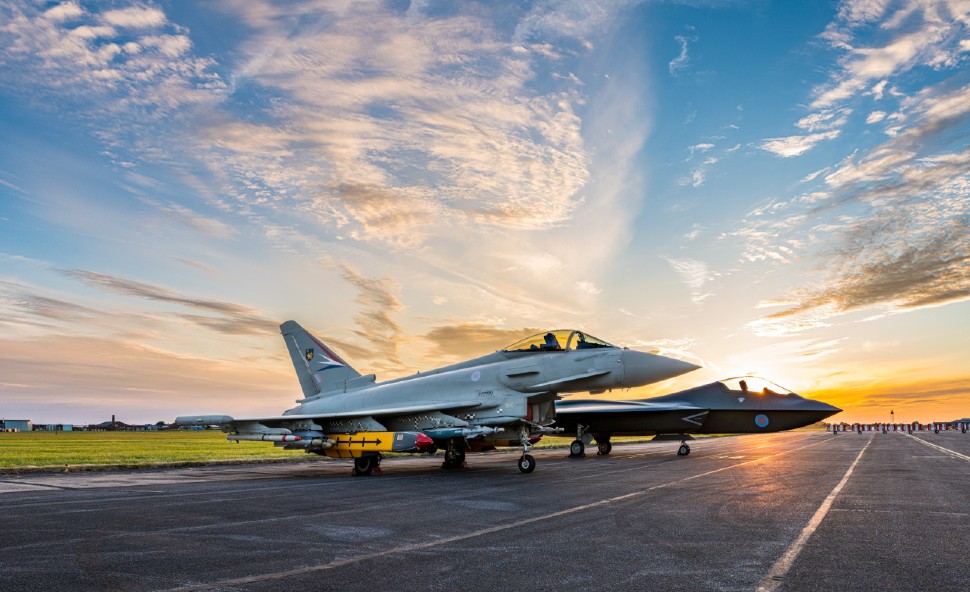 Joint feasibility study work has been conducted since July 2018, with this also exploring the potential for “closer alignment on future enhancements” to the Eurofighter Typhoon and on operating the Lockheed Martin F-35; types employed by both nations.

“The study concluded that the UK and Italy are natural combat air partners,” the UK Ministry of Defence says. “Both governments confirmed a common desire for a strong industrial base to develop key capabilities and boost prosperity in both nations,” it adds.

Italian companies supporting the initiative are Avio Aero, Elettronica, Leonardo and MBDA Italy; the last two of which are already involved in the Team Tempest industrial grouping via their UK arms.

BAE Systems says the new agreement with Italy “will see the parties work together to define an innovative concept and partnership model which will include knowledge sharing, product definition and technology development for the joint development of future combat air systems.”

“Our proven record of successful collaboration with Italian industry makes us certain that this partnership between our two nations is a strong fit for Tempest and demonstrates the growing momentum behind this important international endeavour,” says BAE chief executive Charles Woodburn.

“We believe that working together on Tempest will further strengthen each nation's technological, industrial and skills base to ensure prosperity for decades to come,” says Leonardo chief executive Alessandro Profumo.

Referring to the collaborative work conducted by Italy and the UK on the Panavia Tornado and Typhoon programmes, Elettronica chief executive Enzo Benigni says: “We trust that the partnership between the two nations can evolve towards a new collaboration model within the already acquired national technological sovereignties, and through an appropriate handling of design authorities.”

Rome follows Sweden in signalling its intention to work with the UK on the Tempest project. Stockholm in July 2019 committed to a one-year study phase supported by Saab, which is intended to determine whether its future combat aircraft requirements and schedule align with those of its potential partner.