The US Navy commissioned its first unmanned air vehicle test and evaluation squadron in a ceremony on 18 October.

The new unit will be called Air Test and Evaluation Squadron 24 (UX-24) and will be based at Naval Air Station Patuxent River’s Webster Outlying Field near St. Inigoes, Maryland. It will fly a mix of 23 fixed and rotary UAVs, including the Northrop Grumman MQ-8 Fire Scout, AeroVironment RQ-20 Puma, Insitu RQ-21 Blackjack and Aeronautics RQ-26 Aerostar.

“This squadron centralises the Navy’s technical excellence in unmanned aviation,” says Cmdr Matthew Densing, who leads the squadron. “As the Navy continues to require the broad range of capability offered by UAS, UX-24 will always challenge the status quo.” 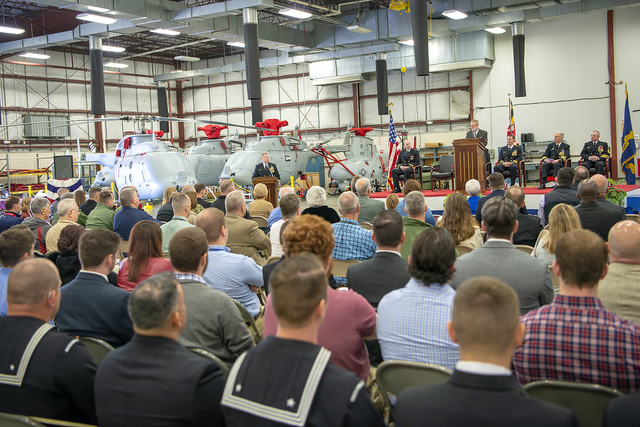 The test squadron was approved for launch in April to support the USN and US Marine Corps’ interest in acquiring more UAVs. The squadron provides research, development, test and evaluation support to the services.

The USN and USMC are increasingly using UAVs for a variety of missions, especially intelligence, surveillance and reconnaissance roles. The services are also examining ways to use UAVs in armed combat.

For example, in July, Northrop Grumman displayed a model of the MQ-8C at the UK's Royal International Air Tattoo fitted with an Ultra Electronics sonobuoy mission pod. At the time, Northrop would not comment on the pairing, but the introduction of the pod appeared to indicate that the helicopter's mission could also expand to anti-submarine warfare.