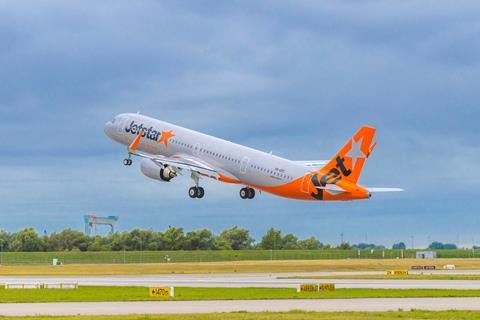 The A321LR, which features a refreshed Jetstar livery, departed Airbus’ Hamburg plant on 28 July, en route to Mumbai, according to flight tracking data.

The CFM International Leap-1A-powered jet is configured to seat 232 passengers. Airbus states that it is fitted with an additional fuel tank to provide extra range, allowing it to fly further to cities in Southeast Asia, including Bali.

Jetstar previously indicated plans to deploy the aircraft at its Melbourne base, where it will first operate trunk domestic routes, including to Cairns, before it will be utilised on international routes.

The carrier expects to take another eight A321LRs over the next one year, with deliveries to be completed by 2024. Its A321XLRs are expected to enter the fleet from 2024.