Saab has opted to delay the first flight schedule for its Gripen E by up to six months to meet self-imposed software qualification requirements, but says the fighter remains on schedule for delivery to the Swedish and Brazilian air forces from 2019.

Speaking in London on 23 November – six months after the roll-out of its first Gripen E test aircraft, 39-8, Saab Aeronautics’ head of operations, Lars Ydreskog, revealed: “The first flight window will be in quarter two of 2017.” The company had previously expected to fly the new model before the end of this year. 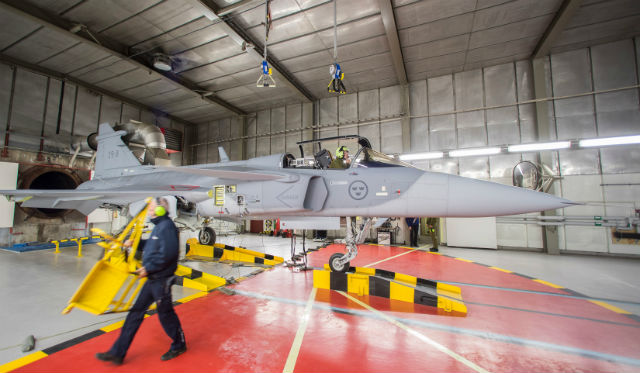 Ydreskog says Saab has chosen to fully qualify its distributed integrated modular avionics (DIMA) design to commercial standards prior to first flight, with the activity to be validated by Sweden’s Flygi military aviation authority.

“This is not a customer or authority requirement – it is a business decision we have taken. We are confident it will benefit our customers with a stable and robust fighter from day one,” Ydreskog says. “We will gain by doing it early – it will take away any question marks of the stability and robustness of the software and the systems.” Some 98% of the qualified software will be reusable, he adds.

Likened to a smartphone app, DIMA will enable Saab to swiftly develop and integrate new functions on the Gripen E without touching the jet’s flight critical software. The company has already proven that it can develop software, test it in the simulator and fly it the next day, says Ydreskog. More than 500h of rig testing and flights using Saab’s 39-7 Gripen demonstrator have beaten expectations for stability, he adds.

Saab achieved the power-on milestone with aircraft 39-8 on 27 August and performed its first GE Aviation F414 engine ground runs in late October. There have been “almost no faults found”, and high-speed taxi testing is poised to occur at its Linköping site in Sweden “very soon”, Ydreskog says. 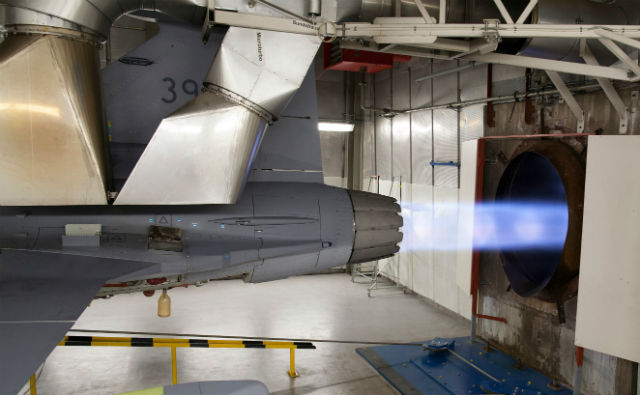 “Gripen E is on track for first customer delivery in 2019 and to achieve initial operational capability with the required functionality,” Ydreskog says. The programme’s three other Gripen E test aircraft are already in the final stages of manufacturing, including one for Brazil.

Meanwhile, Saab and Embraer on 22 November opened a Gripen design and development network facility at the latter’s Gavião Peixoto site. Around 20 of the 100 Embraer engineers to have received training in Linköping so far recently returned to Brazil, and the new facility is “full of activity”, says Saab Aeronautics’ head of Gripen, Jerker Ahlqvist.

To be used during the development of the Gripen E for the Brazilian air force – including new weapons integration and the completion of a two-seat F-model – the facility is “evidence that we are fulfilling our commitment when it comes to industrial collaboration”, says Ahlqvist. “It also gives us an extended development capability. We are now able to conduct parallel development on two sides of the world.”

Embraer would also be involved in delivering the Gripen E/F to Colombia if the type is selected to meet Bogotá’s future fighter needs, Saab confirms. Its current orderbook for the type stands at 60 single-seat examples for Sweden and 36 for Brazil.