Hindustan Aeronautics (HAL) has conducted the maiden flight of the third test aircraft in the Light Combat Helicopter (LCH) programme, with the company confident of attaining initial operational capability by September 2015.

The aircraft, designated TD-3, flew a 20 minute flight on 12 November from the airfield adjacent to HAL’s Bengluru factory, says the airframer in a statement.

TD-3 joins TD-1 and TD-2 in the test programme for the new helicopter. The previous two examples have accumulated 285 flying hours in 388 flights since the maiden flight of TD-1 in March 2010.

“It will be an effective weapon platform to deliver precision strikes at high altitude and we are confident it will meet the requirements of the IAF. We are making all efforts to achieve IOC by September next year.” 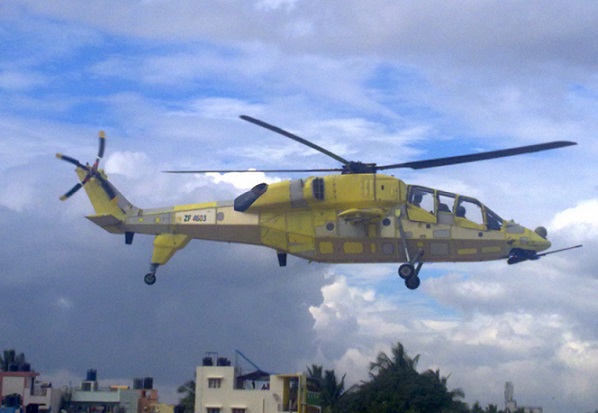 Test aircraft TD-3 and TD-4 will help accelerate the test programme for the type. The two types will be especially active in cold and hot weather trials, and will also be used to test weapons employment.

HAL expects to produce 179 examples for the Indian military.

In 2011, HAL said that deliveries of the LCH would commence in 2013-2014, but it gives no reasons for the apparent delay in the programme.

The helicopter's armament includes a 20mm cannon in a chin turret, as well as rockets and missiles. According to HAL, the helicopter will be able to carry missiles for a variety of missions, including air-to-air, air-to-surface, and anti-radiation.