Brazil’s army in late 2015 received the first Airbus Helicopters AS565 to have been upgraded entirely in-country to the enhanced K2 standard.

Work on the rotorcraft was performed at the Itajuba site of Helibras, the local subsidiary of Airbus Helicopters. 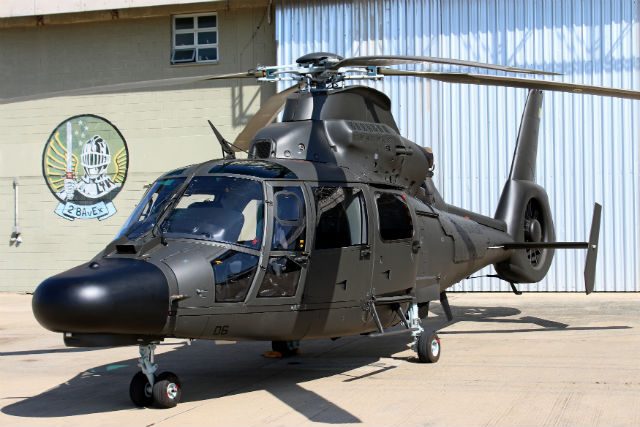 The next four airframes to be modernised have now been inducted into the Itajuba facility, says Helibras.

Two previous examples, delivered in early 2014, had received elements of the upgrade work outside Brazil. These were used for operational evaluation of the enhancement package, prior to a contract signing in October that year covering the army’s remaining 32-strong AS565 inventory.