IAI Ghost to be operational next year

Israel Aerospace Industries's Ghost mini hovering unmanned air system will be operational in Israel next year, by which time the design is expected to have a 1h flight endurance.

Currently capable of loitering for up to 30min, the battery-powered Ghost has been designed to provide real-time intelligence to ground forces operating in urban areas. With a maximum take-off weight of 4.5kg (9.9lb), the UAS uses an automatic vertical take-off and landing system and has twin rotary electrical engines to keep noise levels to a minimum.

One Ghost system can be carried in backpacks by two soldiers, with the equipment including two air vehicles with batteries, plus a command and control unit and communications equipment. 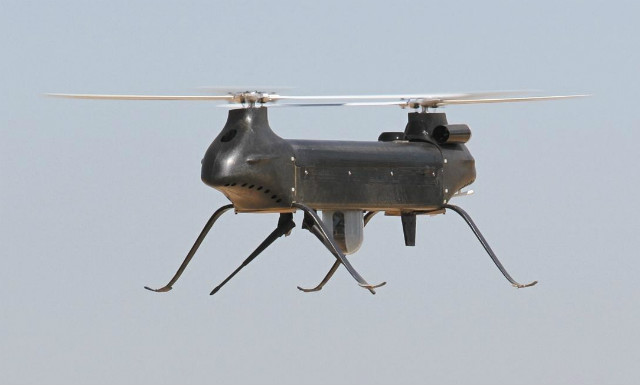 IAI says it has created a unique and intuitive man-machine interface and operating concept, which is based on the principles of computer games and requires little specialist training.

According to a company source, there are also plans to test the lightweight system using fuel cell technology.