As the first variant of its new PW800 starts earning its living on the Gulfstream G500, Pratt & Whitney Canada is ramping up production and preparing its service network for the 10,000lb (44.4kN) to 20,000lb-thrust class engine.

Entry into service of the first of the Savannah-based manufacturer’s latest-generation pairing of large-cabin jets will be followed by the operational debut of the G600 early next year. The PW814 and PW815, respectively, power the two Gulfstreams. 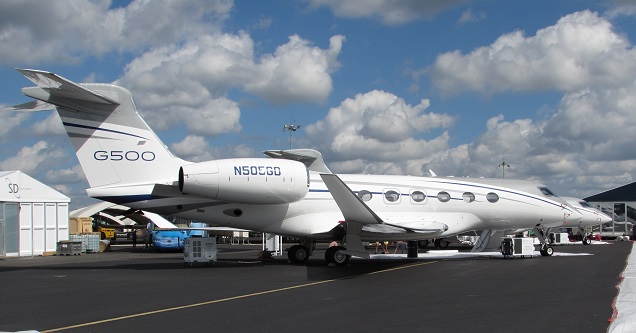 The Canadian propulsion company, which held a lunchtime media briefing at the show today, is readying to assemble the first PW812 flight test engine for Dassault’s new Falcon 6X after winning the contract when the French airframer abandoned the Safran Silvercrest-powered 5X. First flight of the 6X is scheduled for 2021 and Scott McElvaine, vice president of the PW800 programme, says a “thorough design review process” is complete, and “we are looking forward to building the first engine”.

The PW800 shares a Mirabel production line with versions of the PW1000 family from sister company Pratt & Whitney that power the Embraer E2, Airbus A220, and Mitsubishi Regional Jet, a process that McElvaine says adds efficiencies.

With around 15,600 large engines in service across the PW300, PW500 and PW600 families, he says P&WC is “very much a business aviation company these days”, despite its most famous product being the venerable PT6, which powers virtually every Western turboprop aircraft on the market.

He insists the “white glove” PurePower Eagle Service programme for business jet operators is the “most comprehensive out there today”, and is backed by a team of digital specialists who assess data from the worldwide fleet of engines “in real time every day, and make recommendations to the operators”.