The routes include a mix of year-round and seasonal services. All starting in mid-November and most connecting smaller cities to warm-weather destinations like Las Vegas, Punta Gorda, Sarasota and Tucson.

Allegiant will also link West Palm Beach, which it last served in 2016, to a half dozen cities. 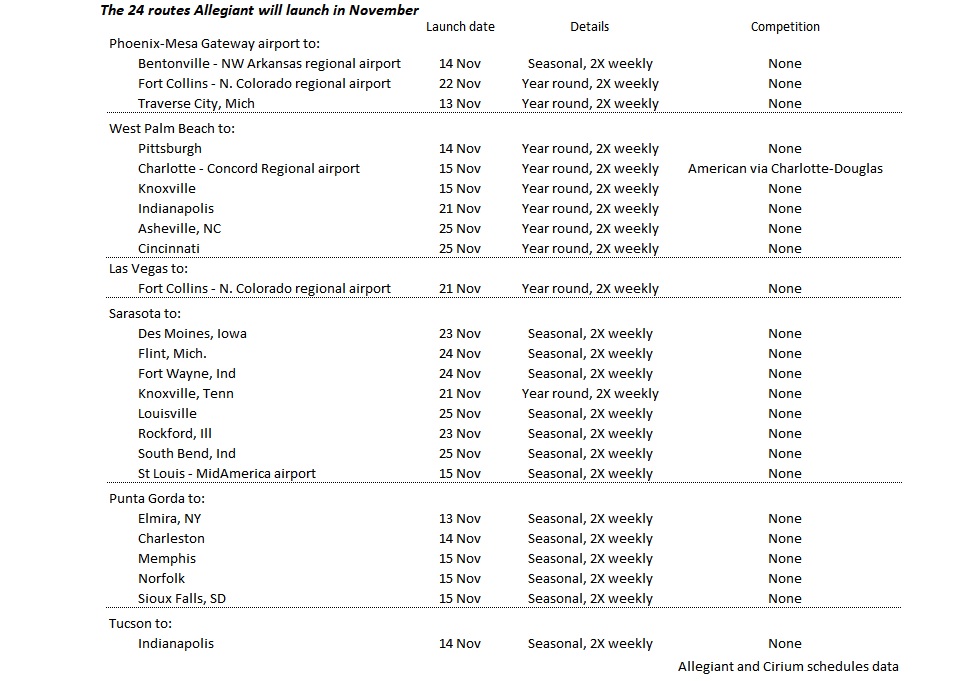