I was very young when I became committed to aviation, although none of my friends or relatives were involved in the industry. I was hanging around at airports when I was still too young to fly myself. Later I tried different aircraft types with professional pilots, and finally I started to fly a powered hang-glider.

Tell us about your career to date

Although I completed my studies as an aircraft engineer, I have never really used those skills during my career. I started in the cargo department of Budapest airport 21 years ago. Later I switched to ground operations and spent some years as a flight dispatcher. I looked after flight handling supervision and load control as a team leader, before moving to Air France for a deputy station manager position. When Budapest airport was privatised, I joined the new management team, first as an airport development manager and later in the operations department, which is my current home.

In your current role, what are your main duties?

I run the airport operations control centre (AOCC), which is the nerve-centre of the entire airport. AOCC has a direct and dynamic working relationship with several airlines, ground handling companies, authorities and civil engineers. The unit also includes the emergency alert centre of the airport, which is activated in unforeseen situations. In recognition for my role in establishing the AOCC, I received an award in 2015 from the Hungarian government. I am also in charge of capacity management of the airport – a role which has its challenges, as the rate of traffic growth has exceeded expectations for many years now. 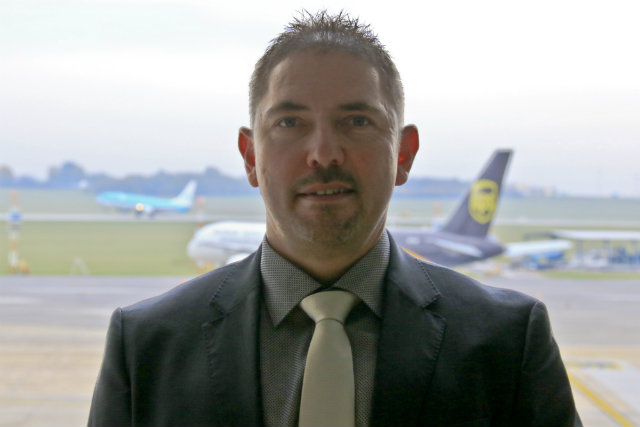 Although I have spent almost a decade in this position, no two days are the same. An evolving aviation industry, coupled with the requirements of newcomer airlines, ensures that every single day is exciting.

How is Budapest airport performing?

For years now passenger traffic at Budapest has hit record-breaking levels; we have experienced uninterrupted double-digit growth for more than 40 months, and in the first nine months of 2017, it rose by more than 14% year-on-year. With more and more new routes planned and an increasing number of aircraft based at the airport, I expect a further dynamic growth in traffic. Next year will mark the introduction of new transatlantic flights with widebody aircraft – Polish airline LOT is flying to New York JFK and Chicago O'Hare, while American Airlines will be flying daily to and from Philadelphia. These new flights create more demand for passenger services and security arrangements.

What are the plans for Budapest airport?

In order to meet airline demand and improve the passenger experience, we have invested in major development projects. They include: Pier "B" – a 10,000m2 (107,640ft2) extension of the terminal building, with 10 new contact gates; a new airport hotel, which will be open before the end of this year; and a 20% increase in check-in capacity. Further developments are in the pipeline, including a "Cargo City" for dedicated cargo operators. We opened two new logistics bases for TNT and DHL Express during summer 2017. We will have to think about opening a new terminal building in due course to cater for the growing passenger numbers, but given the swift changes in travelling habits triggered by modern digital and smartphone technology, we can only guess at this stage what the passenger interface will look like. Should we invest in new check-in desks, or would it be better to have more self-serve kiosks?

What are the challenges faced by the airport?

It is quite demanding trying to accommodate increasing traffic, but with better organisation, a smoother workflow, and collaborative decision-making, we can cope with this much more effectively now than a decade ago. Developments are going on in every corner of the airport and this is a nice challenge to have; today we know for sure that an airport without construction cranes is a dead airport. Almost all of our development projects in the past few years have been completed on schedule and within the planned budget. This alone makes me proud – as do my colleagues.

What do you do in your spare time?

I love sailing and skiing: the former keeps me busy in my spare time from spring until late autumn; the latter obviously during winter. Both my hobbies are connected to water in different forms. I also enjoy playing the guitar and the piano.