Turkish authorities are to compensate the operator of Istanbul Ataturk airport for the hub’s early closure following the transfer of traffic to a new airport for the city.

Traffic was moved to the new airport on 6 April this year.

French airports operator Groupe ADP holds a 46% share in the TAV Airports venture which held the concession for Ataturk.

ADP had previously indicated that the 15.5-year lease on the hub, which commenced in 2005, was due to end on 2 January 2021 – and that the company would be due profits compensation from the early Ataturk closure.

It states that, after “many months of exchanges” regarding calculation of this compensation, TAV Airports has agreed to a figure of €389 million with Turkish state airport company DHMI.

Groupe ADP adds that it “welcomes” the Turkish government’s adhering to its commitment.

It says the impact on the company’s net result should be “very slightly positive”, although it will depend on factors including the residual value of Ataturk assets to be removed from the balance sheet. 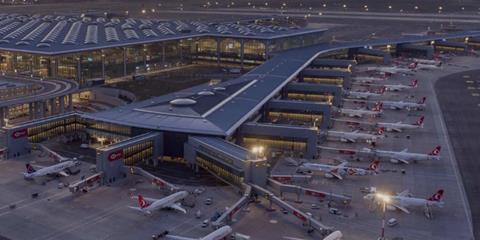