The jet, assembled in Hamburg, is the first of three A321neos that Primera will lease from GECAS, notes Airbus.

It adds that Primera will lease a further five from other lessors. These include AerCap – with which Primera last year struck a deal to lease two A321LRs – and CDB Aviation Lease Finance, Flight Fleets Analyzer shows.

Primera's first A321neo (below), powered by CFM International Leap-1A engines, features a two-class layout with 16 premium and 182 economy seats. It is to be deployed on North American routes from the UK and France. 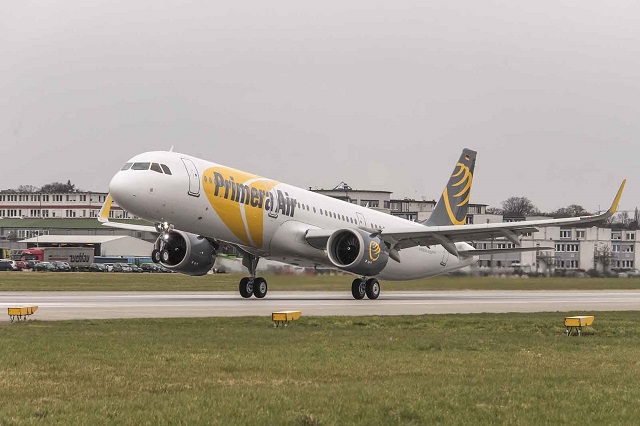 Primera has Nordic and Scandinavian arms based in Latvia and Denmark respectively.