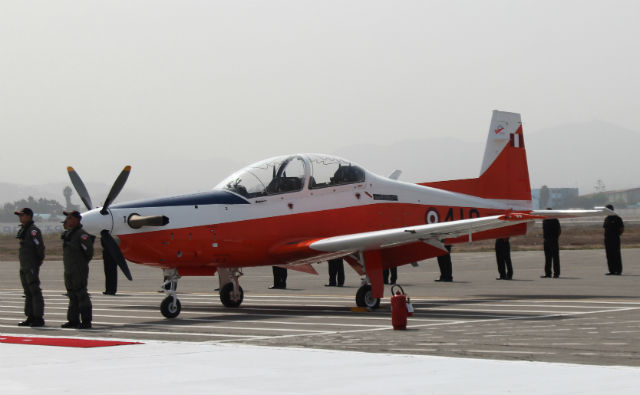 Marked during a 21 April ceremony attended by both countries’ presidents at Las Palmas air base, the advance follows the delivery by KAI last November of the first two KT-1Ps from a 20-unit deal worth around $200 million.

Sixteen of Peru’s KT-1Ps will be delivered from an assembly line at the site, with work to be supervised by KAI. The company also has trained service pilots and technicians under the deal.

The South Korean-designed trainer will enable Peru’s air force to progressively retire its fleets of Alenia Aermacchi MB-339s and Embraer EMB-312s. The service expects the new type to become fully operational during 2016.