LATAM Airlines Group has taken delivery of its first Airbus A320neo from the airframer's facilities in Toulouse, becoming the first Americas operator of the re-engined narrowbody.

The aircraft, registered PT-TMN, will depart Toulouse today and arrive in Belo Horizonte on the morning of 31 August. 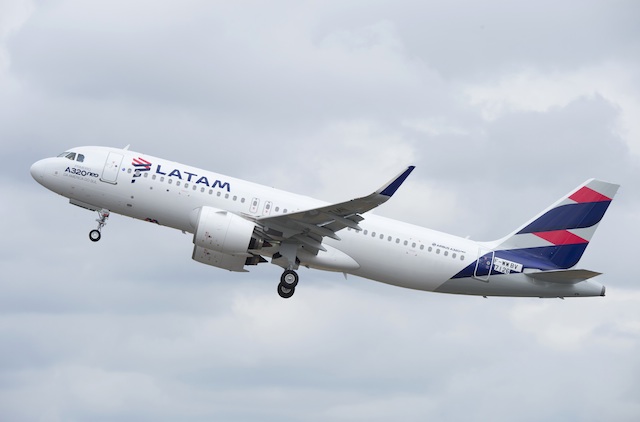 In November, the jet will be deployed on routes within South America. 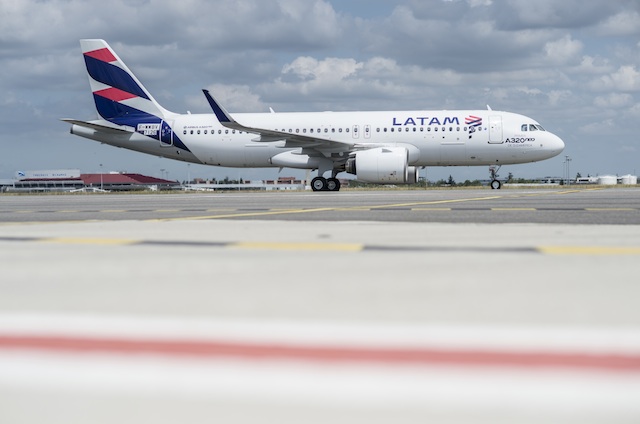 “Once again, LATAM passengers will have the opportunity to be the first in the Americas to fly the latest Airbus aircraft, demonstrating our commitment to offering the most technologically-advanced, efficient and comfortable aircraft,” says Enrique Cueto, LATAM's chief executive. “The A320neo will play an important role in our fleet, supporting the operation of our unrivalled domestic and regional network, transporting passengers throughout Latin America.”

LATAM was also the first Americas operator to take delivery of the Airbus A350, operated by its Brazilian affiliate, in December 2015.

The carrier will receive one additional A320neo before the end of the year, it says.

LATAM took delivery of its fourth A350 in a joint delivery ceremony on 29 August with the first A320neo. The A350 is the first of the airline's A350 fleet to be delivered in LATAM's new livery. 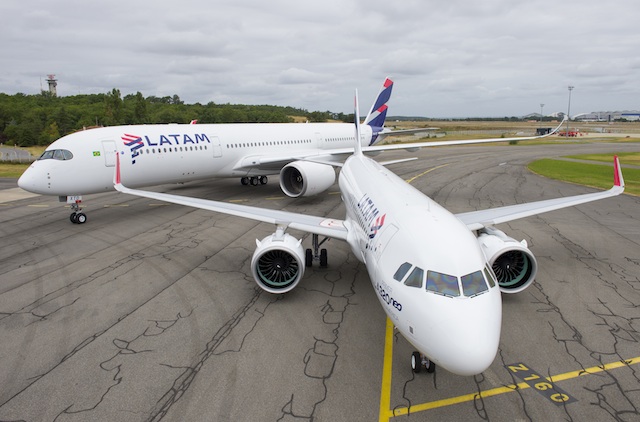