C919 timeline shifts to the right

Comac’s C919 could enter service with launch customer China Eastern Airlines later than expected, even as production for the aircraft commences by year’s end.

FlightGlobal understands that the Chinese airframer is looking at a timeline of about two to three years for the certification and delivery of the first aircraft. 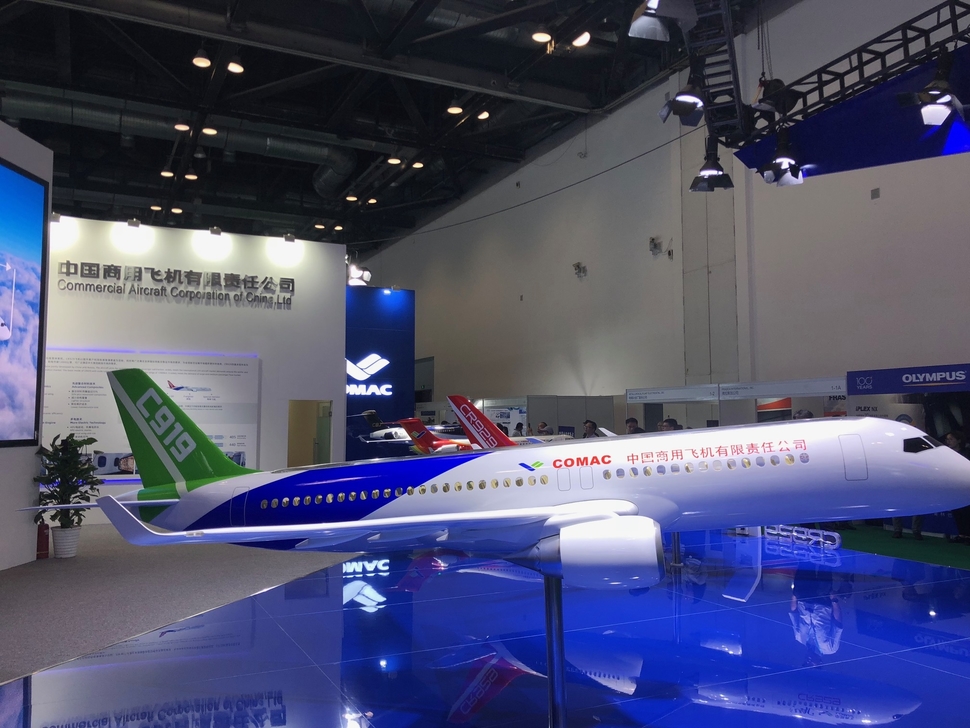 The airframer states in an official press release at Aviation Expo China that “research and production work are progressing in an orderly manner”, but did not disclose any further details.

This year, the last pair of six narrowbody prototypes will embark on test flights after completing final assembly. The first four have already undergone flight testing in areas such as Shanghai and Xian as well as Nanchang, with more than 1,000 test flights performed, Comac states.

At the Beijing Aviation Expo, Comac showcased a mock-up of the C919 cockpit, along with large-scale models of its three aircraft programmes: the C919, regional jet ARJ21, and Sino-Russian widebody programme CR929.

On the CR929, Comac, which is co-developing with Russian airframer United Aircraft, states that the supplier selection is still under way, as part of the programme definition phase. FlightGlobal understands that the airframers have set 2021 as a target for the completion of this phase.

Thus far, discussions with engine suppliers are still ongoing. Rolls-Royce and GE Aviation have thrown their hats into the ring so far, with Aero Engine Corporation of China and a joint partnership between Russia’s United Engine and Aviadvigatel also working on powering the widebody programme.

The airframers were previously reported to be working to secure launch customers for the programme by year-end. United Aircraft had earlier told FlightGlobal that it was was pitching the CR929 to airlines in Southeast Asia, the Middle East and other regions.

It is understood that discussions with the airframers’ existing customer pool are still ongoing, with no firm decisions made yet. The type’s first flight is planned around 2025, but it is unclear if delays to the programme will be expected.