An ambitious bid to improve flight safety and efficiency over Europe by replacing legacy VHF radio communications with high-bandwidth satellite-based voice and data links between air traffic controllers and pilots is set to begin flight trials. If successful, the Iris system – developed by the European Space Agency and a consortium of companies led by air and marine communications specialist Inmarsat – is expected to shorten flown routes, minimise delays, free up overcrowded air space by assigning aircraft flight trajectories in “4D”: latitude, longitude, altitude and time.

Iris – named after ancient Greek god of the rainbow, linking Earth and Sky – has been some five years in the making, and after some small-scale tests on business jets is ready for trial on in-service airliners flying commercial routes.

According to John Broughton, Inmarsat’s vice-president for operations and safety services, one or two to-be-named European airlines should be ready to begin trials in early 2020. The evaluations, expected to run through 2021 or 2022, will help define the benefits and avionics requirements.

The system will run on Inmarsat’s existing SB-S digital satcom network, and both Honeywell and Cobham have cockpit terminals essentially ready for line-fit by for Airbus or Boeing, or for retrofit. Aircraft will only need to be equipped with a standard L-band antenna.

Broughton notes that trans-Europe 4D flight routing can only bring full benefits in time and fuel efficiency if all national air navigation service providers (ANSPs) join Iris. “Most” of the major ones are already signed up but, he says, there is a real motivation for all of them to join this digital-satellite revolution. The VHF infrastructure is straining under the flight load today, and cannot cope with anticipated doubling in demand for flights over Europe over the next 20 years or so.

Today, he says, congestion means a typical European flight travels 22nm (42km) further than necessary, a cost in time and carbon burn that should be minimized by 4D routing.

Critically, says Broughton, continental airspace poses a greater operational challenge for routing and communication than the trans-oceanic space that has been the focus of much of the attention dedicated to the European SESAR and US NextGen air traffic control modernization efforts. Over Europe, congestion puts a premium on speed and accuracy of communications between ground and cockpit, and leaves very little margin for error.

And, he adds, digital voice and data going via satellites will provide a level of cybersecurity appropriate to modern “machine-to-machine” communications – a feature completely missing from voice-based VHF radio.

Another important future benefit of Iris will be its ability to incorporate unmanned aircraft in a seamless European air traffic control regime – a benefit Broughton reckons may pay off in five or 10 years.

The upcoming trial phase will see ESA and Inmarsat work together to achieve pan-European certification of an Iris service provider, and distribution agreement. The system will be paid for by air traffic control fees.

Satellite capacity is not an issue for Iris. Separately, two new L-band Inmarsat-6 satellites are being readied for launch in 2021 and 2022 to support the company’s broader requirements. 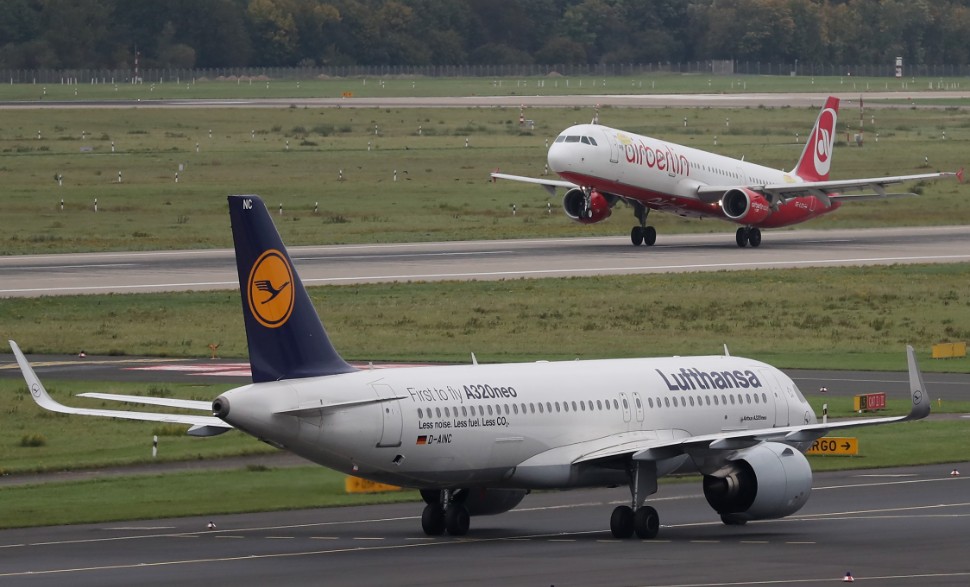 Europe’s skies may be twice as crowded in 20 years