US regulator deviated from its role with the certification of the 737 Max, ceding too much responsibility to Boeing, but reform is not impossible, argues safety expert John Goglia.

In March, veteran former Federal Aviation Administration (FAA) safety engineer Joe Jacobsen went public with concerns that the agency had an overly cosy relationship with Boeing. In interviews with The Seattle Times, Jacobsen said the FAA ceded far too much control in the certification of the 737 Max and left veteran FAA engineers out of the process until after problems became all too tragically apparent.

Not until after the first Max crash in October 2018 was Jacobsen pulled into the Max project; he quickly identified numerous issues with the plane (including with the much discussed Maneuvering Characteristics Augmentation System). 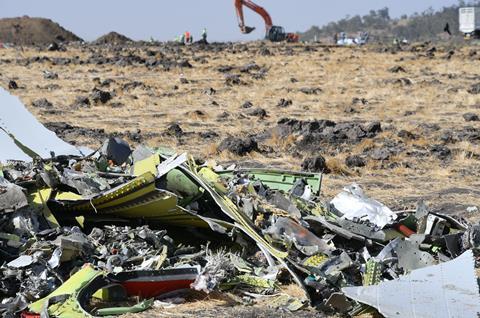 The FAA has been too close to the industry it is meant to police for too long and has squandered its knowledge and resources during high-pressure certification efforts.

That Jacobsen was left out of the process is an illustration of how deep the rot goes at the FAA, and how Boeing sought to take advantage of it. Jacobsen was right, is right, and must now be taken seriously.

Jacobsen said he was shocked to learn MCAS was designed around a single-point angle-of-attack (AoA) sensor failure. It was nearly too obvious to him; this system had a failure rate down in the less-than 1% range, but the FAA had been lulled into a sense of security that it would never fail. Testifying to Congress, Michael Teal, former chief engineer of the 737 Max programme, said he didn’t know Boeing only used one AoA sensor. Critical functions need back-up and cannot simply be disregarded.

It is pretty easy to hide what you have done in a massive amount of paperwork. The FAA did not work out what Boeing had done and why. It trusted the airframer and, you could argue, was being pressured not to dig too deeply. This way, the flaws with the Max were overlooked.

That is the reverse of the FAA’s intended role: its job is to question everything and never assume that changes are minor and therefore do not necessitate regulatory scrutiny.

Jacobsen would have been a familiar face to Boeing engineers. How he could have been excluded from the certification process, even in nothing more than an oversight role, is baffling. He had extensive knowledge, and was known inside the FAA and amongst manufacturers as a thorough and meticulous reviewer.

I spoke to several sources at the FAA while writing this article. Jacobsen has a reputation as being highly knowledgeable, particularly on certification. The FAA’s Seattle certification office, which reportedly has been dysfunctional for quite some time, has largely been held together by virtue of Jacobsen and a small team of veterans. Despite his experience, the FAA did not use him as part of the Max’s original certification team – neither to ensure the plane’s safety nor to mentor younger engineers who were supposed to be reviewing the Max. They were the ones in most need of an experienced hand to guide them; the ones perhaps most likely to be reluctant to challenge Boeing’s assertions.

The FAA needs to put their best people in, at the very least, monitoring or mentoring positions. Their failure to do so embodies the long-time brain-drain catching up with the agency. When the bureaucrats above them are not doing a good job of managing, smart engineers become frustrated and leave – taking their regulatory knowledge and influence to industry.

The FAA needs to be diligent in performing its duties. Trusting the companies they oversee is important, but the FAA has the obligation to verify that those companies deserve to be trusted. Boeing should not have been able to get the Max, as it was, through certification. The FAA’s job is to be an independent body that protects the public, not an organisation that fast-tracks a billion-dollar corporation’s project.

On the manufacturing side, Boeing needs to be open and honest – both internally and to regulators. It needs to clearly identify changes it has made, as a failure to do so puts passengers and crews in danger. Months after the FAA reapproved the Max, it was forced to ground some jets again when a wiring issue that needed to be fixed immediately became apparent. How the most-scrutinised jet ever made it through re-certification with another flaw (albeit minor) is baffling.

While it appears the FAA is trying to do better, whether they actually improve remains to be seen. Jacobsen called for replacements at the highest level of the FAA, citing the culture that placed corporate interests over safety. Former associate administrator for aviation safety Ali Bahrami recently left the agency. A US House of Representatives report says Bahrami, who earlier had headed the FAA’s Transport Airplane Directorate, “played no role” in the Max’s certification. However, as the FAA’s “lead safety officer” he “appeared to be largely disengaged from the aftermath and repercussions of the Lion Air accident”, the report says. The FAA has taken heat for not grounding the Max after first crash – that of a Lion Air jet in October 2018. A second Max, operated by Ethiopian Airlines, crashed in March 2019. The crashes killed a combined 346 people.

The next certification programme is already upon us with the 777X. We need to identify where the FAA – and Boeing – deviated on the Max, assess what was done differently, and have an independent review of the whole process.

Certainly a scenario where details are hidden in reams of paperwork is not one that can ever be repeated.

But with the recent FAA push-back on the 777X certification, the signs are that the agency has listened to the criticism and perhaps changed its approach.

John Goglia is a former member of the National Transportation Safety Board and is now an independent aviation safety consultant.