FARNBOROUGH: Forget orders - M&A is the measure of a robust industry

Farnborough watchers love to count ­orders, which is understandable; the event, after all, is an “air show” – a comparatively glamorous category of trade exhibitions at which aircraft (as opposed to, say, machine tools or agricultural equipment) are placed on display in hope of attracting buyers.

But while counting up the Airbus vs ­Boeing or Bombardier vs Embraer scores makes good fun, there is another type of deal making during Farnborough week that is mostly invisible and arguably far more important to the future health of the aerospace industry. Forget buying and selling aircraft – it’s buying and selling the companies that make them that really matters.

And, after several post-crisis years of languid activity in the mergers and acquisitions market, deal making is hotting up.

Michael Richter, managing director of investment bank Lazard’s US aerospace and defence group, uses the word “accelerating” to describe the deal environment today. There has been, he says, a “flurry of deal making” that is seeing consolidators get active in all sectors of the civil aircraft business: structures, electronics, hydraulics, engines, components, etc.

Those deals, says Richter, are happening because the factors underlying the huge orderbooks at Airbus and Boeing – particularly strong and enduring economic growth in the Asia-Pacific – provide “lots of visibility” as to likely future revenue streams. The result is that buyers and sellers can agree on a price in reasonable confidence that both are getting a good deal.

Moreover, he says, not many of these deals are being driven by sellers in financial distress. Rather, the need for more people, equipment and premises to meet demands for higher production rates are pushing many small- to medium-sized players in the supply chain to sell rather than invest. The OEMs, says Richter, don’t like their suppliers to hold too much power – becoming too large – but they like that better than they like shocks in the supply chain.

So, ultimately, the consolidators are encouraged by practical factors. And, says Richter, they are in practice being rewarded by the stock market, which increasingly likes to see them building bulk in one of the few industrial markets – aerospace – which is showing consistent, strong growth and is expected to continue doing so. 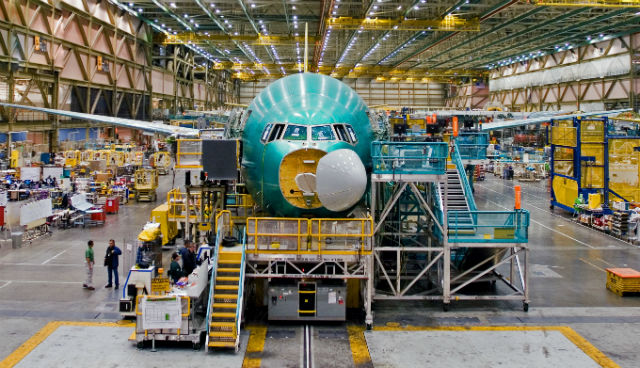 Moreover, though they may “inch up”, interest rates are at historic lows and lending terms are attractive. Even though selling prices are at high levels, when consolidators can borrow for seven times’ leverage and find that the stock market likes what they’re doing, the logic of deal making is compelling, says Richter.

The upshot is that smaller firms can find it more profitable to sell than invest, and bigger firms are being rewarded for eliminating ­undercapitalised links in the supply chain.

On the defence side, the same factors apply – at least for firms operating in what Richter calls “the high end of the food chain”. For companies dealing in satellite communications, cyber security, C4ISR and software, that same visibility applies despite the broader concern about US and European defence budget tightening.

One factor that hasn’t changed is that transatlantic deals remain a cherished target for many companies. US players, notes Richter, are looking for Airbus content and Europeans are keen to build presence on Boeing programmes.

And, aerospace is also seeing continued interest from private equity and other financial buyers. Although the lean M&A years and poor conditions for stock market offerings after the financial crisis forced many private equity buyers to delay exits, those investors are keen to continue spending in this market, he says: “There’s billions of dollars chasing a home.”

A year ago, it was hard to find such a bullish assessment, at least in the defence sector. As consultants PwC saw it, uncertainty stemming from the US government’s ongoing political battle over spending cuts was holding back a wave of defence industry consolidation which had players shying away from the big deals.

It will be interesting to see what first half data reveals, but after the Q1 numbers were in, PwC’s US aerospace and defence practice leader Scott Thompson noted that “many of these [first quarter] deals were similar to those announced last year, as the economic and industry environment remains relatively unchanged”.

Nevertheless, based on its subsequent and wider analysis of the aerospace economic environment, PwC’s expectation is that 2013 will have been “the trough” of M&A activity in aerospace and defence.

Thompson expects 2014 deal values to ­improve, and he cites greater certainty about defence budgets as a factor.

As PwC’s forecast outlines, four themes are likely to affect M&A in coming years. Cost pressures and a contracting defence market will drive consolidation, and on both the civil and military sides, the big manufacturers are going to be seeking increased control over their supply chains in order to better control big programmes.

As for the impact of underlying economic conditions on major aerospace firms, much will be revealed when Flight International and PwC publish their latest edition of the annual Top 100 financial performance league table in September.

That full analysis of the latest financial data, from the full-year 2013, should give some indication of the factors that may drive consolidation in the coming year, as well as show the impact of 2012’s M&A season on individual firms’ fortunes.

Broadly, Thompson sees an industry in good financial health, as there is so much “real” demand for airliners. And, he says, ­Airbus and Boeing may well remain cautious as they look to ramp-up their output, avoiding any production trough as the A320neo and 737 Max come on line.

If so, small- to medium-sized firms may feel they can keep up with demand without having to invest too heavily in production in the next few years.

But given the pressures that remain from defence budgets and the general appeal of aerospace as an investment for private equity companies and other financial buyers, the upturn in M&A that appears to be evident this year may well have some time to run.

As Lazard’s Michael Richter observes, deals done or initiated at Farnborough – behind closed doors and not, like aircraft orders, announced with fanfare and a press conference – will take six months or so to come to fruition. So, we will have to wait until around year-end to find out just how robust the current deal-making environment really is.