China Eastern Airlines’s first half operating profit dived 5% to CNY5.16 billion ($712 million) on the back of increasing expenses.

The Skyteam carrier notes that the increased costs were due to rapid growth of its network, leading to increased landing and takeoff costs, as well as salaries.

However, it points out that fuel costs took up a “substantial part” of its operating expenses, growing 9% year-on-year to CNY16.6 billion this year. While fuel prices have largely remained the same, the carrier says the rise in fuel costs was due to increased refueling costs. 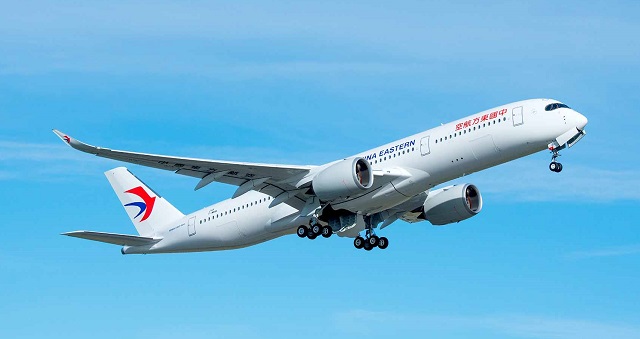 Attributable net profit for the period fell 15% to CNY1.94 billion.

China Eastern ended the period with a higher balance of cash and cash equivalents — CNY951 million, compared to the CNY646 million it had at the start of the year.

In its outlook, China Eastern notes that the international geopolitical and economic tensions were potential weak points. While it has flagged the risks and challenges facing the Chinese economy, it adds that there were still “strategic opportunities” around.

To this end, the airline says in the second half of the year, it will work to bring down costs and increase its non-airline auxilliary revenue. The airline is also continuing work to build up its hub at Beijing’s new Daxing Airport.

China Eastern ends the period with 719 aircraft and expects to induct another 35 by the end of the year.