Southwest Airlines says its weeks-old inter-island service in Hawaii is performing "extraordinarily well", though the Dallas-based carrier's plan to ramp up flights in the Aloha State remains on hold with the grounding of its Boeing 737 Max fleet.

"Those flights are doing extraordinarily well," Southwest chief executive Gary Kelly told reporters at the airline's annual shareholders meeting in Denver. The low-cost carrier, which began flights to Hawaii from California in March, launched inter-island service on 28 April with four-times-daily service between Honolulu and Kahului. On 12 May, it began flights between Honolulu and Kona. 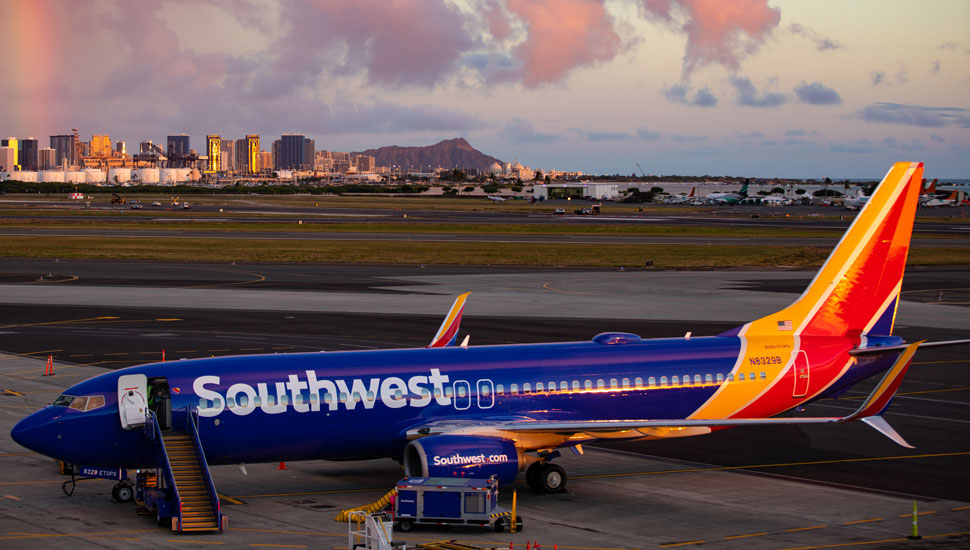 The carrier's intra-Hawaii move introduces new competition into a market heavily dominated by Hawaiian Airlines. Hawaiian held a 98% share of the inter-island market in March before Southwest's entry, Cirium schedules data show. This share will shrink to 87% in June, while Southwest will hold just under a 10% share. Mokulele Airlines is the smallest player in the inter-island market.

Southwest has committed to fly to Hawaii from Sacramento and San Diego, and plans to serve Hilo and Lihue in Hawaii. The carrier announced the Hilo service last week, saying it will serve the town with inter-island flights.

But Southwest is unable to firm route dates while its 737 Max fleet is grounded.

"We've done all we can with Hawaii for now in rough terms until we get the Max back," says Kelly. "We are dependent on getting the Max restored to grow the airline."

Along with American Airlines and United Airlines, Southwest grounded its fleet of 34 737 Max 8s on 13 March. The carrier has cancelled all flights scheduled with the aircraft type through 5 August, but Kelly acknowledges the airline cannot say for certain when the Max will return to service.

"I'm not happy about any of that," says Kelly, referring to the delays faced so far in certifying a software upgrade for the 737 Max. The US Federal Aviation Administration on 1 April said it expected to receive the software upgrade from Boeing in the "coming weeks", but that has yet to take place.

Acting FAA administrator Dan Elwell said in a congressional transportation committee hearing earlier today that the regulator expects to receive the final version of the software upgrade from Boeing "soon".

Despite the delays, Kelly reiterates Southwest's confidence in the 737 Max. "We never had one problem with the Max," he says, stressing that the airline's pilots are well-trained to operate the aircraft. "We believe the 737 Max 8 is the best airplane in the narrowbody market."

The carrier continues to expect that its pilots will not require simulator time after Boeing delivers the software upgrade, says Kelly. Southwest is awaiting the delivery of its first 737 Max simulator, which will arrive in the fall of this year, says a Southwest spokesperson. Another two will be operational in the first quarter of 2020, he says.

Southwest was scheduled to take delivery of 44 737 Max aircraft this year, including three it had accepted prior to the 13 March grounding.