PICTURES: SAS unveils new livery ahead of A350 arrival

Scandinavian carrier SAS has overhauled its livery ahead of the arrival of its first Airbus A350-900, opting for a modernised stylish appearance based on its signature blue colouring.

SAS says its entire fleet will receive the new scheme by 2021.

It features a “fresher” shade of grey and a “confident” silver ‘SAS’ logo on the forward fuselage, says the airline, plus an extended blue design on the fin, complemented by silver and blue engines – ditching the previous distinctive orange on the nacelles.

On the underside of the fuselage the aircraft will also have the name ‘Scandinavian’.

The carrier plans to paint its A350s and A320neos initially, with the A330s also set to receive the new design.

SAS says the new design includes a coating material from AkzoNobel which reduces weight by allowing fewer layers of colour. 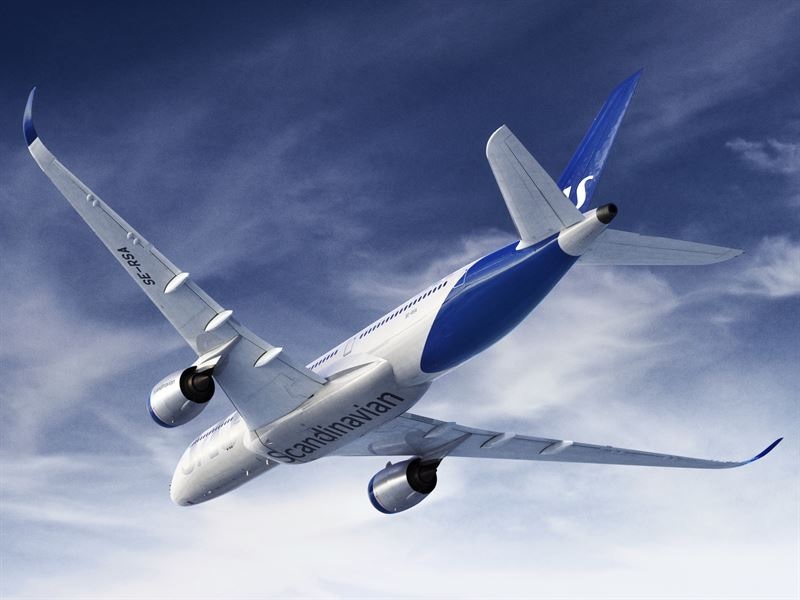