Vietnam Airlines and Delta Air Lines plan to upgrade their codesharing relationship, setting the stage for Delta to offer seats on the Vietnamese carrier’s flights.

Vietnam Airlines says the move marks its first effort to capitalise on the country’s attainment of Category 1 status from the US Federal Aviation Administration in February.

The upgraded agreement will see Delta distributing Vietnam Airlines seats on the Hanoi-Tokyo route from October 2019. This adds to a previous agreement between the SkyTeam members signed in 2010, which allows Vietnam Airlines to sell onward connections aboard Delta from Tokyo Narita and Frankfurt. 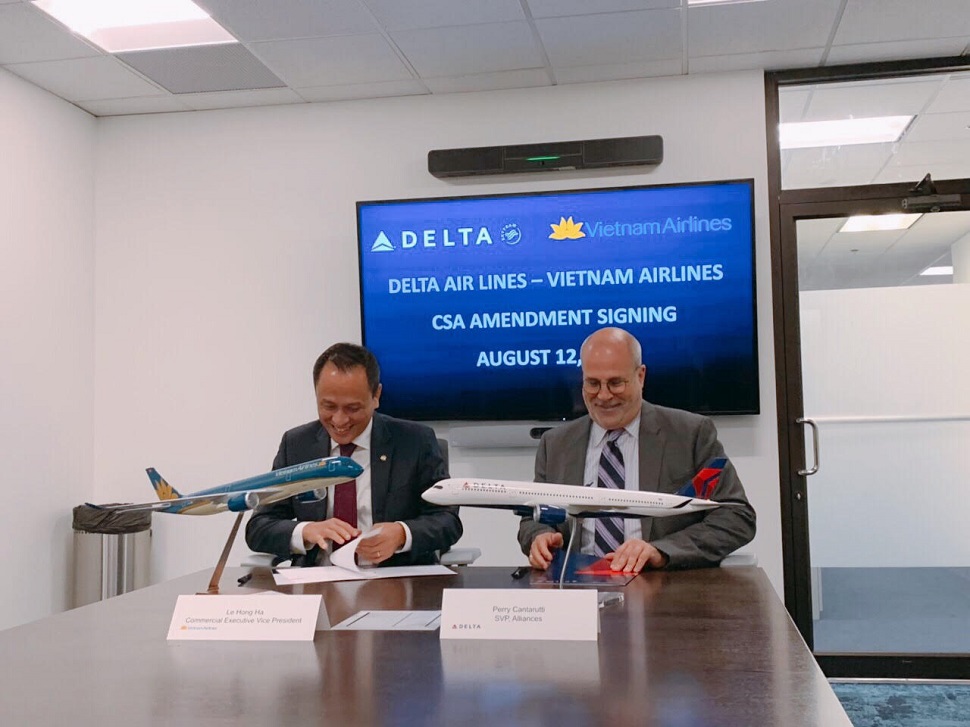 “The upgrade into a two-way partnership allows passengers to book a codeshare flight and fulfill flight formalities only once for their entire journey through either Vietnam Airlines or Delta Air Lines, thereby facilitating their visits to popular destinations in both countries,” says Vietnam Airlines.

It adds that Vietnam saw 757,000 arrivals from the USA in 2018, up 8% from 2017. Most of this traffic transits through North Asian hubs, with no carrier offering direct service between the two countries.

Both carriers serve Tokyo’s two airports, Narita and Haneda. Delta will cease all Narita operations in 2020 and transfer all Tokyo flights to Haneda.

According to Cirium schedules data, Vietnam Airlines operates daily on the Hanoi-Tokyo Haneda service with the Airbus A350-900. This service arrives in Haneda at 15:05 and departs for the return service to Hanoi at 16:35.

This will allow it to receive feed from Delta’s inbound Minneapolis/St. Paul and Los Angeles services, which both arrive in the midafternoon.

Corrected: The previous version of this story incorrectly stated the timing of Delta's move from Narita to Haneda.