Virgin Atlantic has outlined plans for a massive expansion of its network to create a “second flag carrier” in the UK, should slot reforms being considered for a larger Heathrow airport work in its favour.

Its plans include 26 routes on which it states that British Airways parent IAG “has a monopoly”. 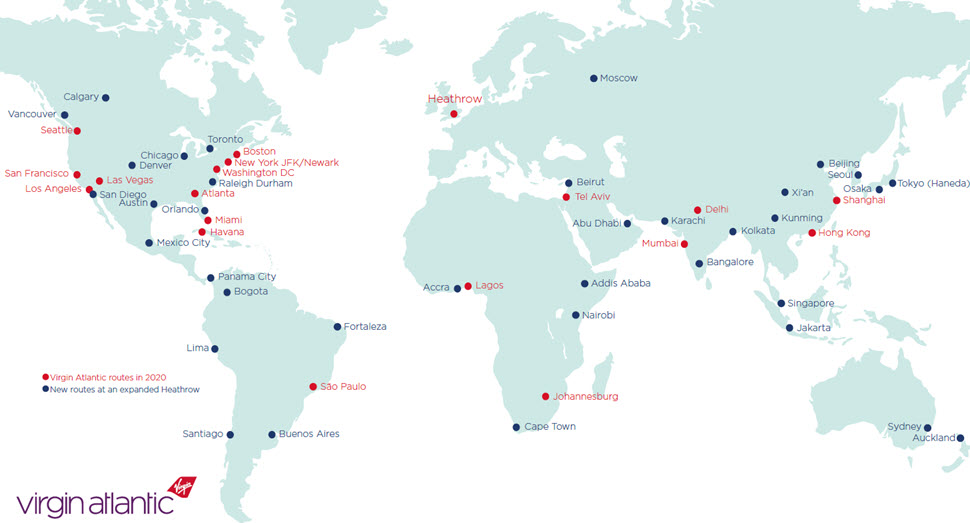 The domestic destinations include Belfast, Glasgow and Manchester, while it cites flights to Barcelona, Dublin, Madrid and a raft of German cities as being among its planned European services. 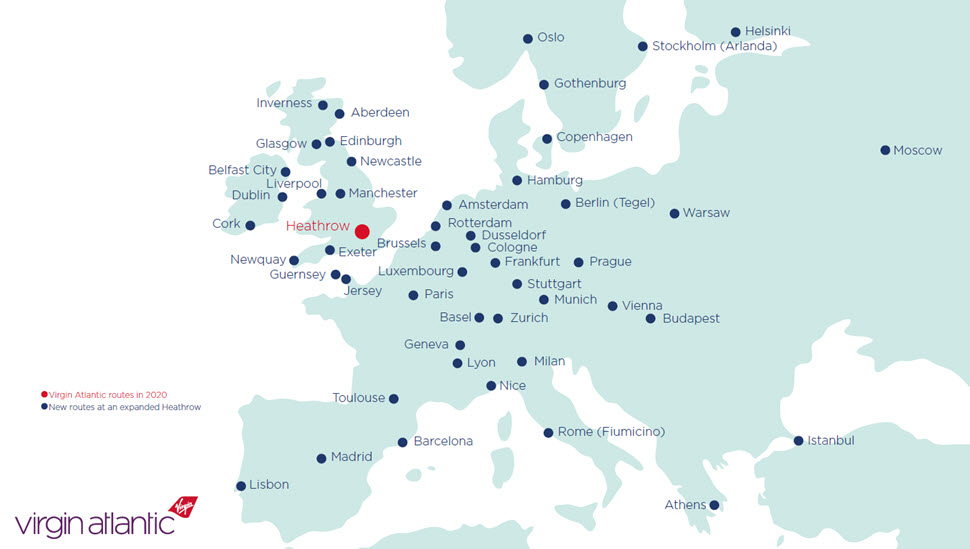 Most of the routes would be new to Virgin Atlantic, although it has served several of the long-haul destinations – such as Cape Town, Sydney, Tokyo and Vancouver – in the past. It has also flown UK domestic services from Heathrow through its Little Red operation, which ceased operations in 2015.

“Never has the need for effective competition and choice at Heathrow airport been more evident than during this summer of disruption, which has brought misery for tens thousands of travellers,” says Virgin Atlantic chief executive Shai Weiss, referring to strike action by British Airways pilots. “Britain, and those who travel to it, deserve better than this. Air passengers need a choice and Virgin Atlantic is ready to deliver when Heathrow expands.”

The plans hinge on a forthcoming UK government decision on slot allocation at an expanded Heathrow airport.

Virgin Atlantic states that the take-off and landing slots created by a third runway “must be allocated in a way that enables the development of a second flag carrier with the necessary scale to compete effectively with IAG”.

The airline – which is 49% owned by US major Delta Air Lines – claims that its expanded route network would help the UK government to meet its objectives for Heathrow’s third runway, including “bringing new competition across multiple domestic, European and global routes, as well as opening up brand new destinations”.

It continues: “Without a second flag carrier connecting passengers between its domestic, short- and long-haul services, these important objectives cannot be met.”

Cirium schedules data shows that British Airways accounts for 46% of seats at Heathrow in October, while Virgin Atlantic is operating around 4% of capacity by that measure.

“Heathrow has been dominated by one airline group for far too long,” says Weiss. “The third runway is a once in a lifetime opportunity to change the status quo and create a second flag carrier… Changing the way take-off and landing slots are allocated for this unique and vital increase in capacity at the nation’s hub airport will create the right conditions for competition and innovation to thrive.”

Speaking at Paris air show in June, Weiss said that “decisions have to be made now for future benefits when the third runway becomes operational in 2026”, while acknowledging that there are no guarantees Heathrow’s expansion will be completed by that date. “The current slot regime by which slots are allocated at Heathrow is really not fit for purpose,” he added.