Massachusetts start-up Spike Aerospace acknowledges a redesign and a re-engining may be necessary to achieve certification of the supersonic S-512 business jet concept unveiled to the public earlier this year.

For example, Spike claims the S-512 will achieve a top speed of Mach 1.6, but the aircraft lacks area ruling features that enable efficient supersonic flight.

The concept drawing also shows two engines mounted on top of the aft fuselage in a side-by-side layout that could draw scrutiny from airworthiness regulators. Moreover, the propulsion is based on Pratt & Whitney JT8Ds. These same engines had been considered by Aerion for a supersonic business jet, but the company dropped the JT8Ds earlier this year after ICAO released Chapter 14 noise regulations that take effect in 2020.

Kachoria, a Wall Street financier, acknowledged in an interview that the S-512 concept must be “refined” as the design advances over the next six months from the conceptual to the preliminary phase. “We’re still at the very early stages,” Kachoria says. 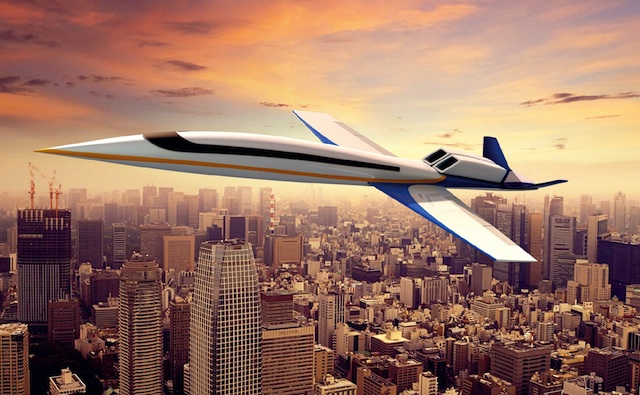 Spike’s design team expects to make substantial changes to the aircraft, which may include dropping the V-tail for a conventional vertical stabiliser, Kachoria says. The fuselage shape also will be modified to include area ruling features, he says.

Kachoria also concedes a side-by-side engine layout is “probably not” able to be certificated, and could be changed. The engine itself also may have to be exchanged for a more modern turbofan, he adds.

Aerion believes its concept aircraft can achieve a noiseless sonic boom overland due to atmospheric defraction at speeds between M1.0 and M1.2, perhaps allowing the aircraft to fly at a reduced supersonic speed over populated areas.

But the S-512 is making no claim to overland supersonic flights, Kachoria says – the aircraft is instead optimised for supersonic travel only over oceans.

However, the current aircraft design is limited to a 3,500nm (6,500km) range, which Spike’s design team believes could be stretched to 4,000nm. However, Kachoria wants to make the aircraft capable of non-stop transpacific flight, which could require a more substantial redesign for the aircraft to accommodate ranges of 5,000-6,000nm.