Industrial lead Finmeccanica, working as part of the Euroradar consortium, says development is well under way, although the flight-test campaign is yet to begin.

While the Eurofighter partner nations – Germany, Italy, Spain and the UK – in 2014 signed a contract supporting the development and integration of the Captor-E AESA radar, Finmeccanica says there is no order in place, making Kuwait the sole confirmed customer.

“The Captor-E development programme is on track, progressing in line with the milestones of the four-nation development contract signed in November 2014,” says Finmeccanica.

Testing is being carried out on two instrumented production aircraft (IPA) – IPA8 from Germany and IPA5 from the UK – which are undergoing ground-based integration trials.

“Ground-based testing of the wider aircraft systems impacted by the implementation of the E-Scan radar system continues, and flight development testing, using the two IPAs, will commence after this is completed,” it says. 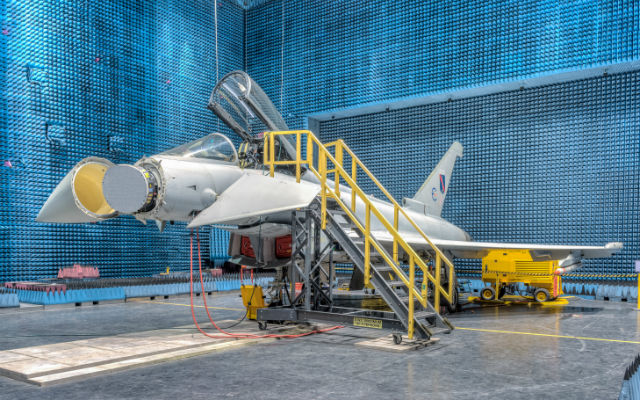 Finmeccanica says the Typhoons that will be delivered to Kuwait will be the most advanced configuration of the type, and will include the company's Praetorian defensive aids suite and Pirate infrared search and track system.