The US Navy’s newest unmanned helicopter, the MQ-8C Fire Scout, flew for the first time on 31 October from Naval Base Ventura County at Point Mugu in California, according to aircraft integrator Northrop Grumman.

The aircraft lifted off at 12:05 local time and flew for 7min in restricted airspace to test the autonomous control systems, says Northrop in a media release.

At 14:39 local time, the aircraft flew again in a pattern around the airfield, reaching an altitude of 500ft. 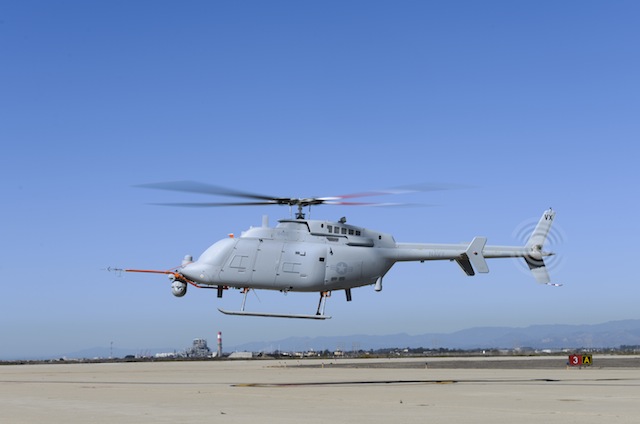 The aircraft will undergo initial shipboard testing on DDG-class guided missile destroyers, though the aircraft may also support missions carried out by smaller littoral combat ships, according to Northrop.

The navy received its first MQ-8C in July, and conducted first engine tests in September, Northrop has said.

In March, the navy ordered six additional MQ-8Cs in a $71 million deal. The service has plans to eventually acquire a total of 30 aircraft.

Production of the aircraft is being completed at Northrop’s unmanned systems centre in Moss Point, Mississippi.

MQ-8C is designed to have twice the endurance and three times the payload of the MQ-8B, an earlier version that operates from navy frigates, says Northrop.

MQ-8B, which has an airframe based on the Schweizer 333, have supported anti-piracy missions and provided airborne surveillance in Afghanistan.