The US Air Force has made an impressive show of force at this year's Seoul ADEX defence show, bringing four stealth fighters and several other aircraft.

The stars of the USAF contingent at the show are two Lockheed Martin F-22s and two Lockheed F-35As. All four aircraft appeared in the static display, with an F-22 also performing a high-g aerial display. 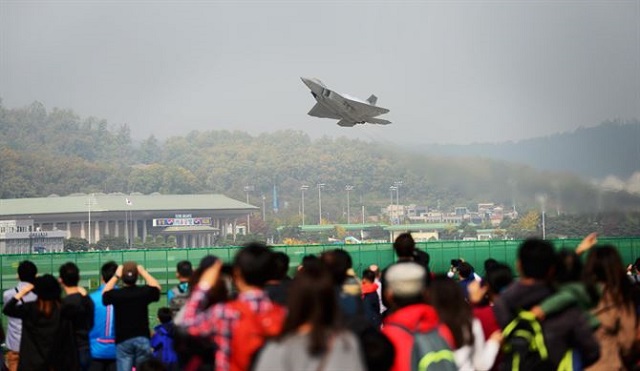 The two F-35As were sent from Hill AFB, Utah, where the 4th Fighter Squadron (the "Fighten' Fuujins") is based. This marks the F-35's debut at Seoul ADEX. South Korea has orders for 40 F-35As.

The F-22s were deployed by the USAF's 3rd Wing, which is based at Joint Base Elmendorf-Richardson, Alaska. 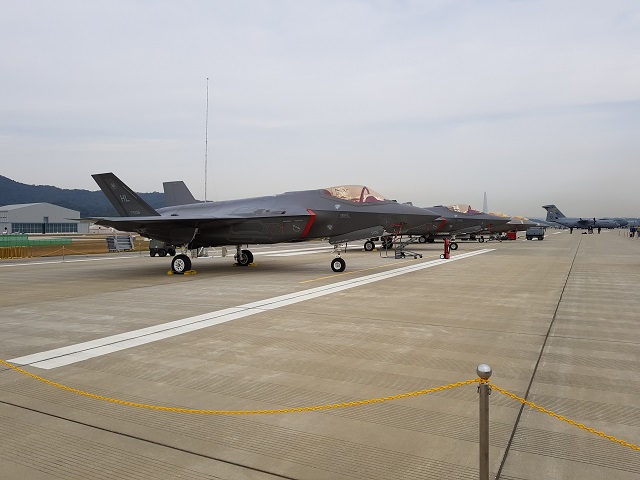 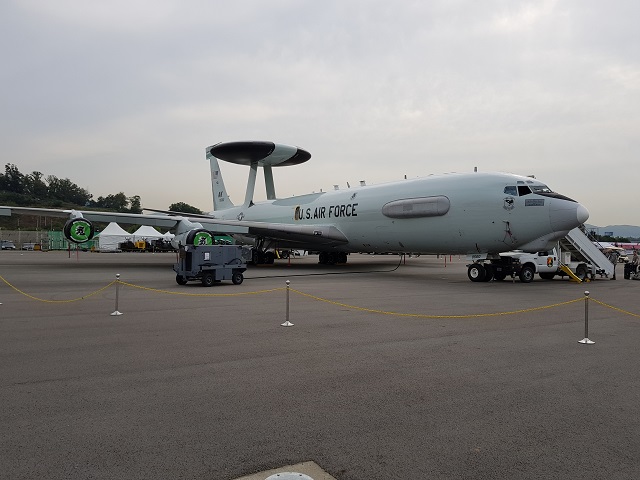 Other USAF assets on display include a Boeing C-17 strategic transport and E-3 Sentry airborne warning and control system aircraft, and a Lockheed C-130J tactical transport. The US Navy's contribution to the show is a Boeing P-8A Poseidon anti-submarine warfare aircraft.