The head of US Air Force Special Operations Command has issued a “JFK challenge” to the defence industry to install a high-power electric laser on an AC-130 gunship by the end of the decade.

Lt Gen Bradley Heithold says just as US president John F Kennedy wanted to put a man on the moon by the end of the 1960s, he wants a laser-armed gunship by 2020. The commander issued the challenge at AFA’s Air & Space Conference in Washington this week.

He wants the system to weigh less than 2,268kg (5,000lbs) and occupy a space no greater than one gun position on the latest AC-130J “Ghostrider” gunship. 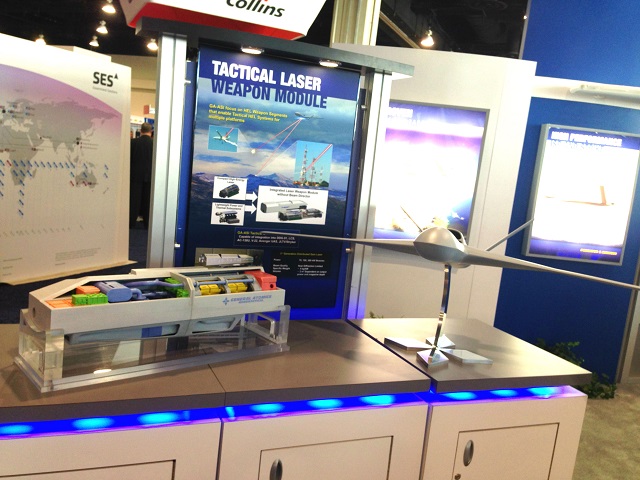 General Atomics Aeronautical Systems has designed a high-energy laser tactical weapon module for its “Predator C” Avenger UAV (HEL Avenger), but it can also be adapted to suit the AC-130U Spooky and V-22 Osprey. The company is currently trialling its High Energy Liquid Laser Area Defence System (HELLADS) for the air force.

The general first announced his pursuit of a laser gunship in February, but his comments this week provide the first solid time frame for development and fielding.

Heithold says his command is already developing concepts of operation as well as “tactics, techniques and procedures” for how to employ an airborne laser weapon in combat. AFSOC has also prepared a “capabilities development document” that lays out the necessary key performance parameters.

The intent is to create a laser powerful enough to knock out missiles defensively, but also to “burn a beer-can sized hole” in a vehicle. 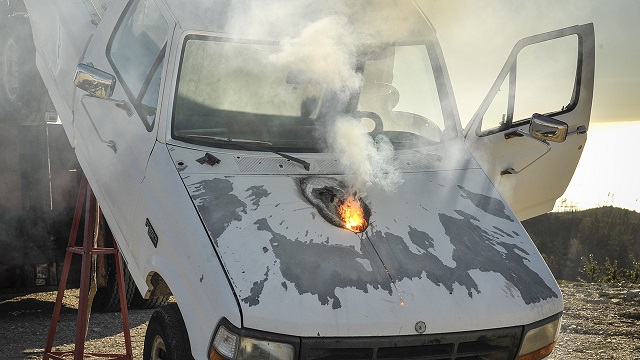 That level of power has been demonstrated many times with ground-based weapons, but a much higher level of sophistication is needed to achieve the same results from the air.

One AC-130W Stinger II gunship has been spared from retirement to support development and testing, the general says.

“To me, the hard part will be directing the beam. We can create a laser,” he says. “If you’re shooting a laser from the ground you’re in a stable situation, but now you’ve got to put it in an aircraft.” 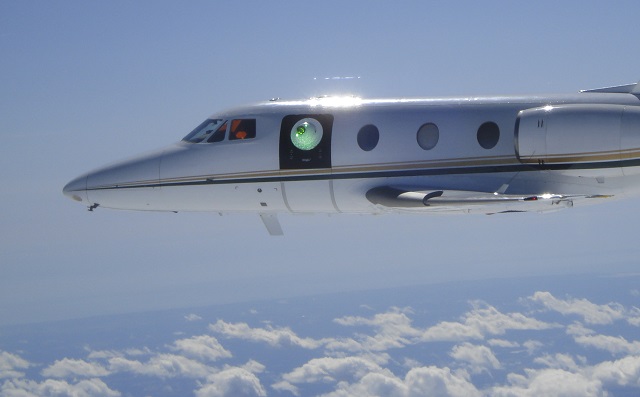 In an odd twist, AFSOC has no plans to zap humans with the laser since that would go against several long-standing international treaties, like the Protocol on Blinding Laser Weapons. 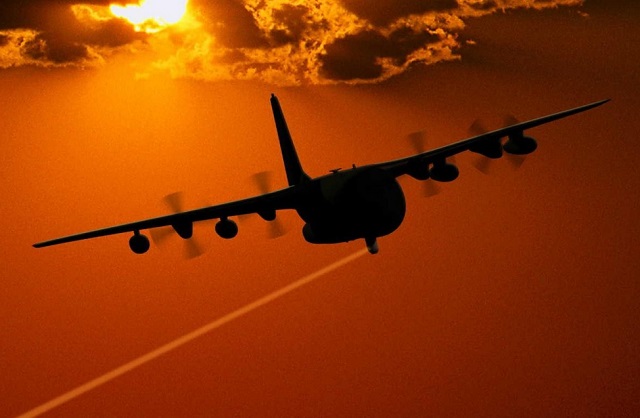 The Advanced Tactical Laser was a previous attempt to employ a 100kW chemical oxygen iodine laser (COIL) from an AC-130 gunship. The emphasis has since shifted to electric lasers due to their reduced size, weight and power requirements.